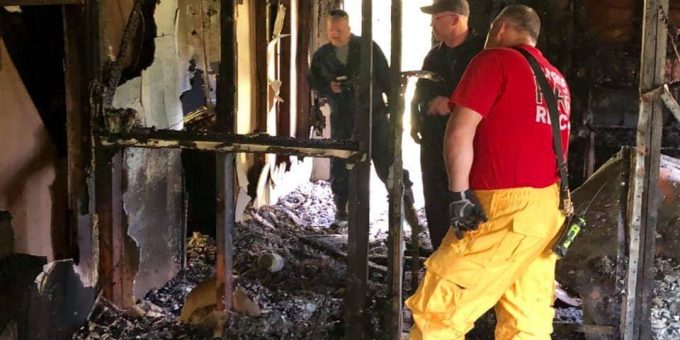 A home owner had returned home to find the residence on fire and called 911.

The Pleasant Run Volunteer Fire Department assisted with the water supply at the scene. IU Health Ambulance responded and later transported a firefighter for a heat related illness. The firefighter was transported to IU Health Bloomington Hospital and was released after evaluation.

An American Red Cross Crisis Responder also was called to assist the homeowner.

Members of the Monroe County Fire Investigator Task Force are conducting an origin and cause investigation.