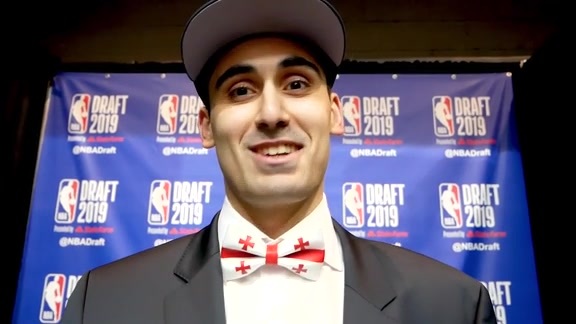 “We didn’t think he would be at 18,” Pacers President Kevin Pritchard said. “We had him going in the lottery so when he was still there for us there was a ton of excitement in our draft room.”

Bitadze will be the third 6-11 post player on the Pacers roster, joining Myles Turner and Domantas Sabonis.

Earlier in the day, the Pacers traded the Phoenix Suns for forward T.J. Warren and the 32nd pick in the draft for cash.

The Pacers received future second-round picks in both deals.