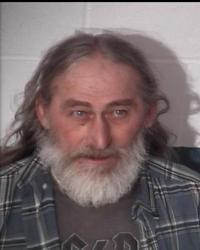 Steven Ray Zollman of Bedford is facing a Level 1 felony charge of child molesting.
According to Sheriff Mike Branham, on Jan. 23, Detective Riley Hitchcock attended a child forensic interview at Susie’s Place Child Advocacy Center in Bloomington.
During that interview, a 10-year-old boy claims he was molested when he was 5 or 6 years old by Zollman at the man’s home.
The boy told officials in graphic detail what happened.
Hitchcock investigated the report and filed the complaint with the Lawrence County Prosecutor’s Office. A warrant for Zollman’s arrest was issued Friday, and he was arrested the same day.
Zollman is being held at the Lawrence County Jail on a $20,005 cash or $200,000 surety bond.
Anyone with additional information on the case is asked to call the Lawrence County Sheriff’s Department at 812-275-3316 or the tip line at 812-277-2020