(BEDFORD) – The City of Bedford will soon be losing one of its oldest landmarks next week.

The William Jenkins Motor Shop, located at 1019 16th Street, is scheduled for demolition Monday.
Dan Kirk, of the Bedford Planning Department, said the tear down will begin Monday with the physical removal occurring later in the week. 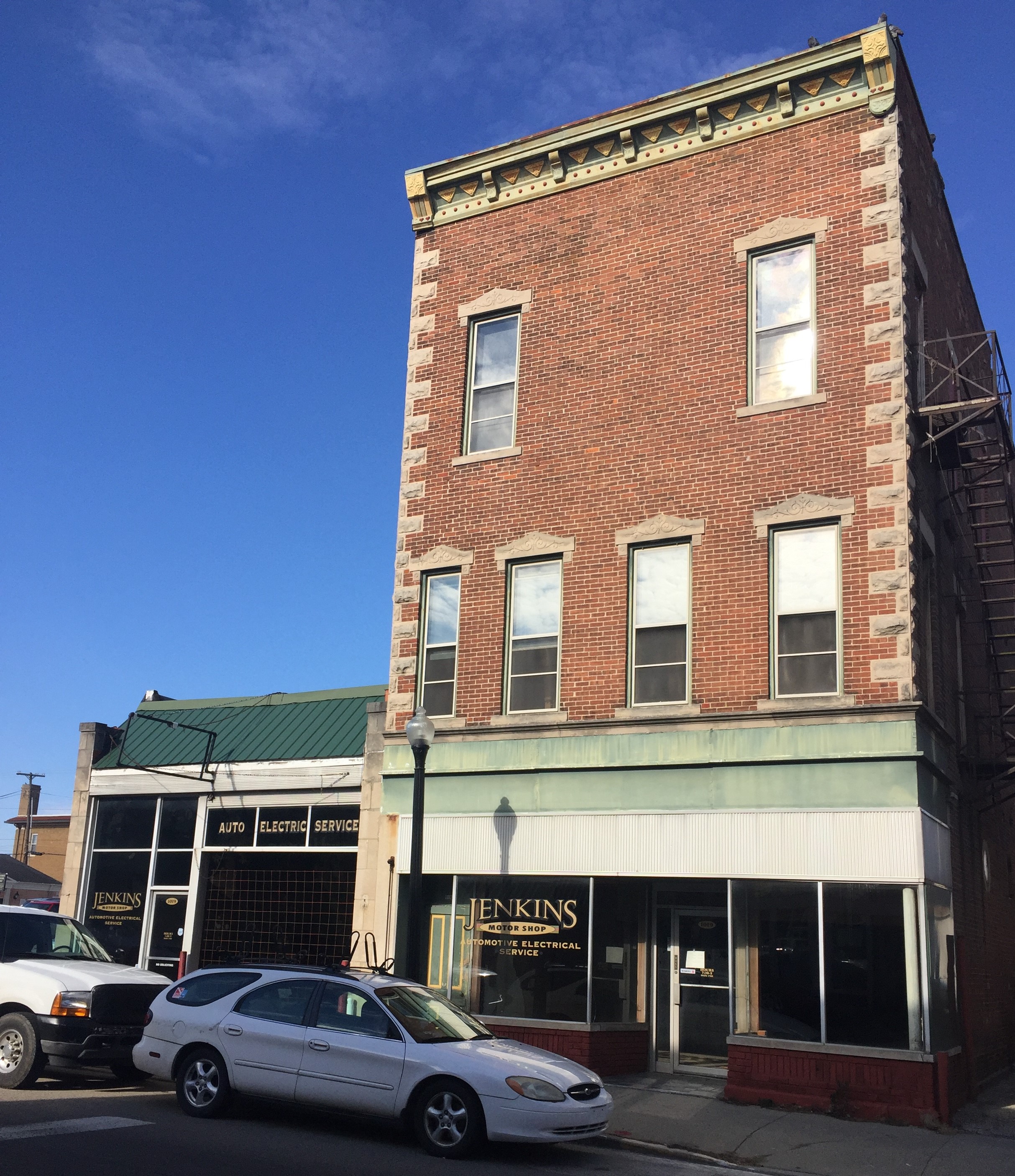 Jenkins Building 2019
Plans for improvements to that location are still in development in conjunction with the Bedford Federal Bank. Shea Hooten of Bedford Federal Bank said consideration is for the creation of a wider alleyway, additional downtown parking, and a small table and chair style green park at that location.
The building has been a staple of the community since before 1900. The original property was settled by Austin Wilder in 1827 as a private residence, two years after the settlement of Bedford was created in 1825. 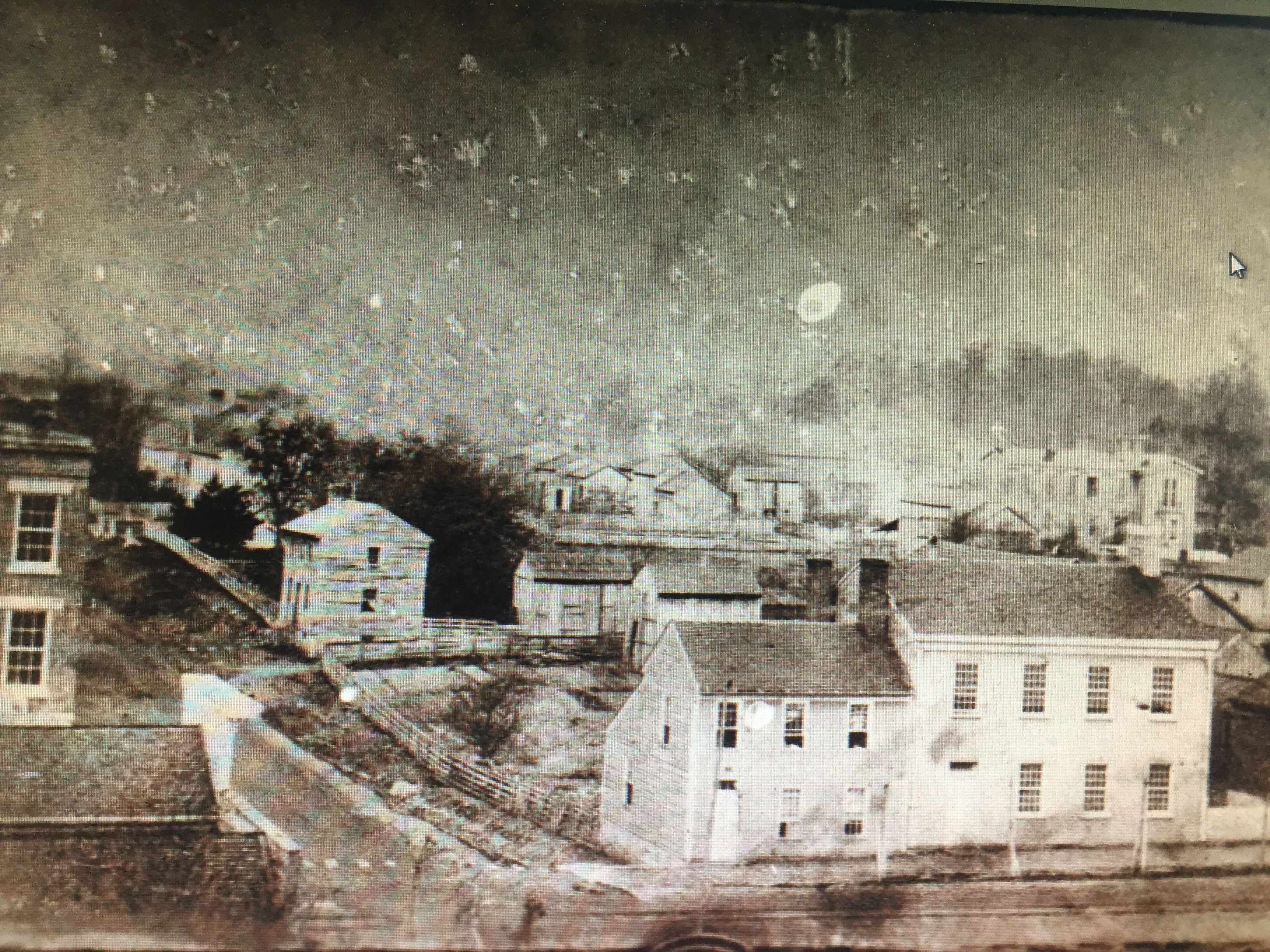 Austin Wilder Original House (2 story in background) – Courtesy Lawrence County Historical Society
The property was later expanded and throughout the years it has changed hands and has been home to a number of different businesses.
Over the years, it has been a post office, movie theater, car dealership, telephone company, grocery store, a library, cleaners, and music shop, until W.I. Jenkins opened the W.I. Jenkins Motor Shop in 1927. 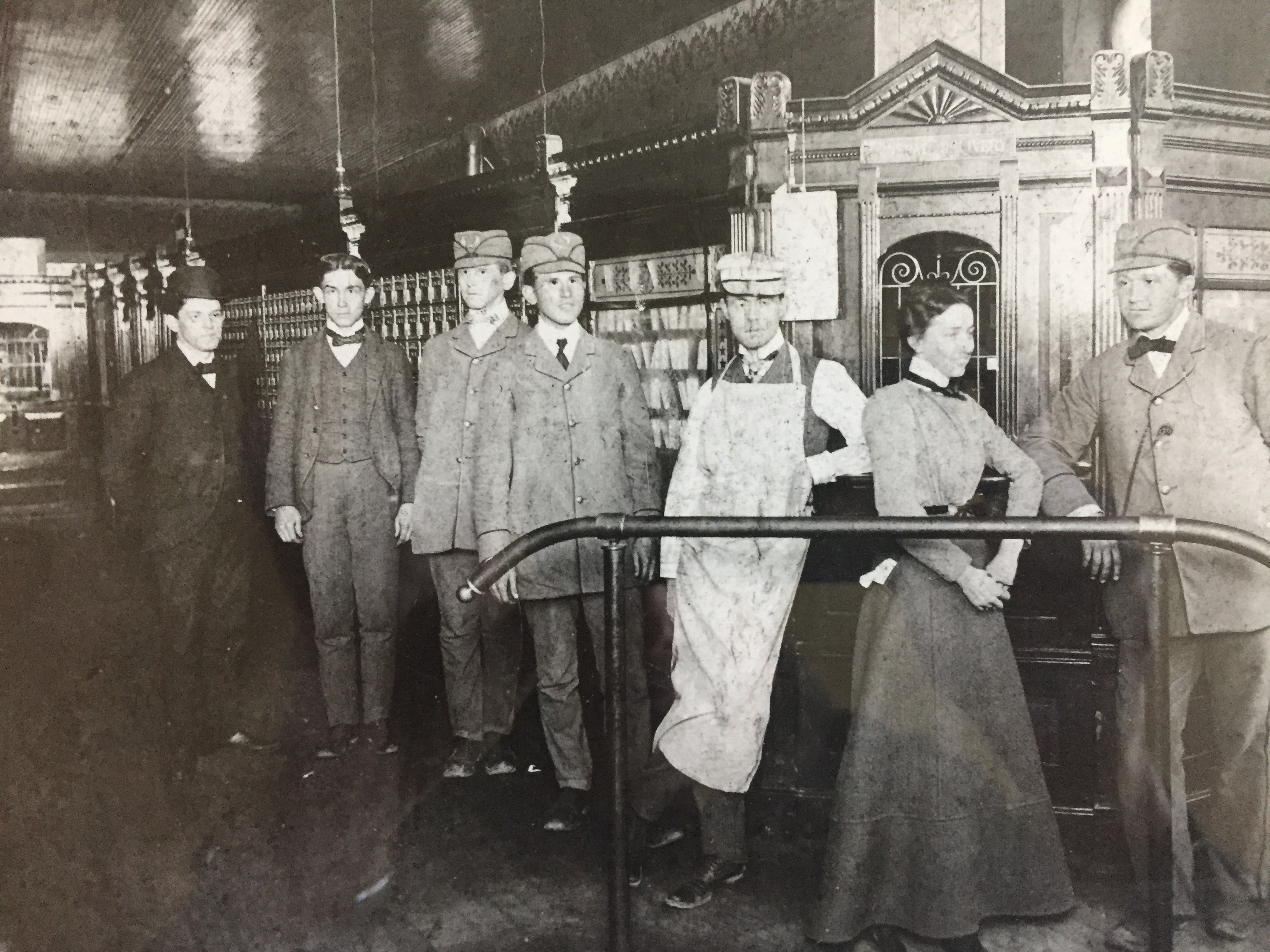 Bedford Post Office Workers in the Jenkins Bldg Circa 1900 – Courtesy Lawrence County Historical Society
The Jenkins family operated the motor shop for 4 generations. William Jenkins was also known locally for his love of cars and frequently drove his Model-T Ford in the Mitchell Persimmon Festival Parade. He was also known for his repair skills on music pump organs and was known to have repaired or restored 10 organs. William Jenkins passed in 2001.
Joyce Shepard, of the Lawrence County Historical & Genealogical Society, assisted in the research and an interesting point was noted that during the early part of the 20th century, phone numbers were only 2 and 3 digits.