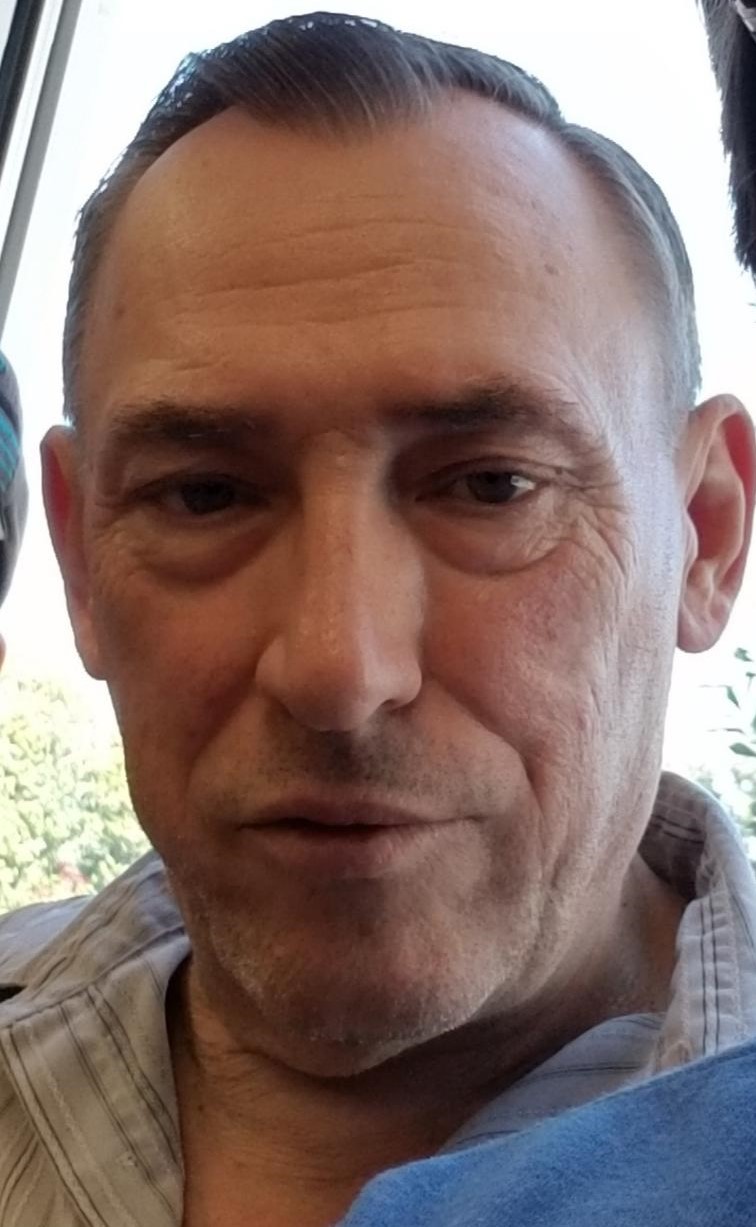 October 8, 1956 – January 03, 2019
Bruce Wayne Reed, 62, of Mitchell, passed away on Thursday, January 03, 2019 at his residence.
Born October 8, 1956, in Bedford, Indiana, he was the son of Jesse and Maxine (Phillips) Reed.
Bruce served in the U.S. Air Force for 16 years, was a delivery driver for Applacres, and caretaker for his mother for the last 8 years. He was a member of Mitchell Senior Citizens, Lawrence County, and Jackson County Historical Societies, and an avid genealogist. He enjoyed spending time with friends and family.
Bruce is survived by his mother, Maxine Reed; three sons, Samuel Reed, Charles (Jamie) Reed and Jesse (Heather) Reed; grandchildren, Seth, Brandy, Daniel, Reagan, Kaylee, Riley, Ashley, Taylor and Trevin; three nephews; niece, and several aunts and uncles.
He was preceded in death by his father, Jesse; brother, Burl Reed; grandson, Nicholas.
Funeral service will be on Monday, January 7, 2019, at 11:00 AM at Ferguson-Lee Chapel of Thorne-George Family Funeral Homes, with Phil Thorne officiating. Burial will be in Proctor Cemetery.
Visitation will be on Sunday, 1 p.m. until 5 p.m. and from 10 a,m. until the service hour Monday at the funeral chapel.
In lieu of flowers, memorial contributions may be made to Proctor Cemetery.
Online condolences may be sent to the family at www.fergusonlee.com.
Molly A. Ratliff – Odon 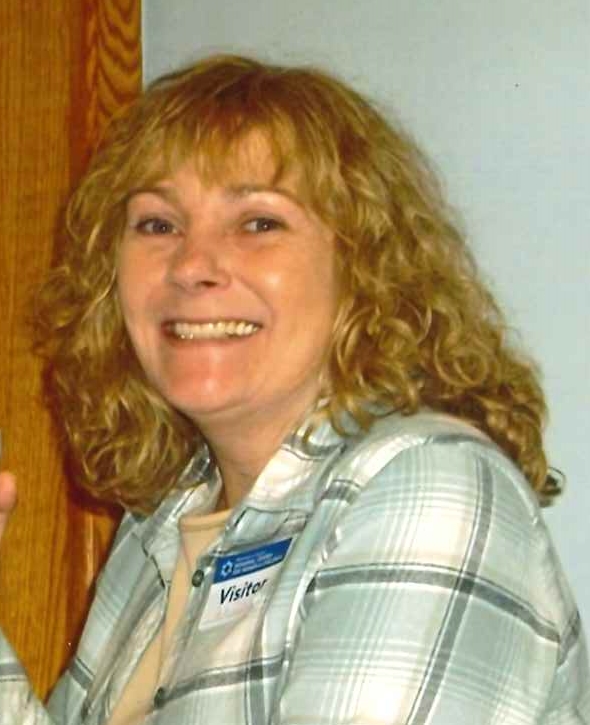 March 23, 1960 – January 3, 2019
Molly A. Ratliff, 58, of Odon, died at Noon on Thursday, January 3, 2019, at the home of her daughter in Odon.
Born March 23, 1960, in Bedford, she was the daughter of Maxwell Gene and Shirley (Briner) Holmes. She was a
homemaker and member of the Bethel Christian Church. She loved gardening, flowers, bird watching, spending
time with her family, and coffee with plenty of sugar and creamer.
Survivors include two daughters, Amanda Gore, and husband, Steven, of Mitchell and Danielle Self and
husband, David, of Odon; grandchildren, Brayden, Jarrett, and Kelsey Gore, Addison and Emma Self; the father of her
children, Daniel Ratliff, of Avoca; sisters, Karen Beasley of Owensburg, and Rhonda Bell and husband, Charley, of
Springville; a brother, Terry Holmes, of Springville.
She was preceded in death by her parents and sister, Cathy George of Springville.
Private services are planned with John Moffitt officiating.
Family and friends may express condolences at www.daycarter.com.
Terry Lee Bock – Mitchell 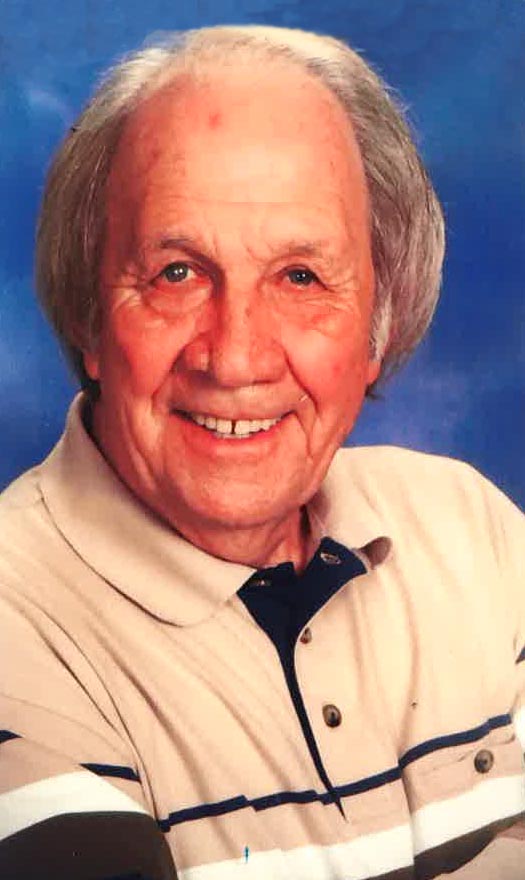 Dec. 25, 1937-Jan. 2, 2019
Always looking for his next adventure, Terry Lee Bock, 81, of Mitchell, found it Wednesday, Jan. 2, 2019, when he left this world for his heavenly home, where he’s probably telling stories, cracking jokes and making people smile.
Born in Sabina, Ohio, to his parents, Clarence “Gus” and Kathrine “Katy” Bock, Terry grew up as the only child, spoiled with love. He attended Sabina High School and joined the United States Marine Corps at the age of 16. He served in Korea, where he was injured and medically discharged.
After leaving the military, he returned to Sabina and then left for Louisiana, where he worked in the oil fields. He then returned to Ohio where he attended Andrews Barber College in Columbus, Ohio. He worked as a barber and a part-time police officer in Mount Sterling, Ohio. While working as a barber at the 76 Truck Stop, he met Sunny Simmons, who was a music promoter for a number of artists, including Elvis Presley. Sunny asked Terry if he would go to Nashville and do hair styling for entertainers. So Terry was off for his next adventure. While in Nashville, he became a promoter for a variety of musicians, including JD Sumner and the Stamps (Elvis’s backup singers), and he promoted LaGaurde Twins, Kathy Raye, and David Houston. In fact, he starting courting his wife, Mary, when he visited Mitchell to promote one of his many endeavors.
Later, he was with Johnny’s United All-American Show, which was a carnival show, and he went to different locations.
If you think that was enough, you’re wrong. He then bought a semi-truck, and it was called the Nashville Country Music Museum. He used it as a touring museum that contained country music costumes, including a Dolly Parton dress and Johnny Cash jacket, memorabilia, and special guitars.
After that, he retired from the music business and moved to Indiana. He didn’t have anything to do up here, so he came home one day and told Mary he was opening a pawn shop. He wanted to call it Freckles, which was what he called Mary. He continued with Freckles, turning it into a buy, sell and trade store, for many years until his health forced him to close his final location in West Baden Springs. During this time, Terry and Mary opened Freckles Fireworks, Freckles Concessions, and Hot Diggity Dog. He served some of the best hot dogs in southern Indiana. He came to love Mitchell as his home and worked tirelessly to make better, including serving as vice president of the Mitchell Police Merit Board.
Terry was well-known for his great conversations, quick wit and many jokes. He loved to make people smile.
Terry is survived by his wife, Mary, whom he married on March 2, 1990, and seven children: Teresa Bock of Amarillo, Texas; Todd Bock of Pahrump, Nevada; Troy Bock and his wife, Cathy, of Mount Sterling, Ohio; Tesi McLain and husband Tony of Carthage, Tennessee; Michelle Branson of Cleburne, Texas; Alisha Garza and her husband Steve of McCordsville; and Trent and Dialevash LeRoy of Mitchell. He also spoiled his 10 grandchildren, Telesia Silcox, Taylor Bush, John and Chris McLain, Mason and Katelyn Bock, Jake Bock, Dialycia LeRoy, and Isabella and Ava Garza.
He was preceded in death by his parents.
Funeral services will be at 2 p.m. Sunday, Jan. 6, in the Memorial Chapel of Chastain Funeral Home and Cremation Center. Military rites will be accorded by American Legion Post 250 and the Veterans of Foreign Wars Post 9107 of Mitchell. Friends may call from 3-7 p.m. Saturday, Jan. 5. Burial will follow Monday in Sabina, Ohio.
Condolences may be sent to the family at ChastainFuneralHome.com.