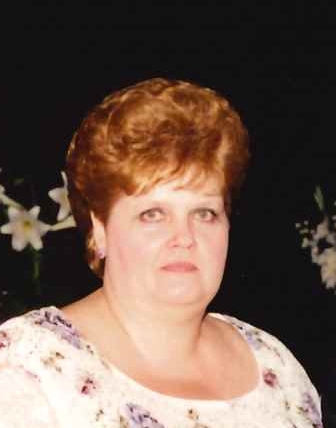 May 25, 1959 – May 23, 2018
Darlena Gay (Root) Kelley, 58, of Bedford, died at 2:53 p.m. on Wednesday, May 23, 2018 at Monroe Hospital in Bloomington.
Born May 25, 1959 in Lawrence Co., she was the daughter of Orville and Amanda (Jones) Root. She married Timothy
J. Kelley on June 4, 1980 and he survives. She had been an assembly line worker at GE.
Survivors include her husband, Tim, of Bedford; three sons, Dustin Kelley and wife, April, Cody Kelley and wife, Stacy, and Justin Kelley and wife, Marrissa, all of Bedford; six grandchildren, Dylan Kelley, Gavin Collier, Dominic
Kelley, Destiny Kelley, Spencer Kelley, and Gunner Kelley; her mother, Amanda Root; four sisters.
She was preceded in death by her father.
Funeral services will be conducted at 2 p.m. on Tuesday, May 29th in the Elmwood Chapel of the Day & Carter Mortuary with Pastor Perry East officiating. Burial will follow in Patton Hill Cemetery. Visitation will be from 10 a.m. until the hour of service on Tuesday, May 29th at the Day & Carter Mortuary.
Family and friends may express condolences at www.daycarter.com.
Debra G. (Ivey) Berry – Vincennes
March 7, 1956 – May 23, 2018
Debra G. (Ivey) Berry, 62, pf Vincennes, formerly of Shoals, passed away Wednesday, May 23, 2018 at home surrounded by her family.
She was born March 7, 1956 in Scottsburg, IN to William Arthur and Mary Jewell (Davis) Ivey. She married Jon Berry on December 26, 1987.
Debbie joins her mother, father, three sisters, Carolyn Willens, Stella Sue Messer and Ora Hollan; two nephews, Billy Ivey and William Jason Ivey, and a niece, Brenda Hall, in Heaven.
She is survived by her husband, Jon; four children, Sondra Burris of Mitchell, Kim Burris of Mitchell, Stan (Rosa) Berry of Richlands, NC and Krystal (Branham) Lafferty of Vincennes; six grandchildren, KaSondra Burris, Chase Burris, Logan Berry, Ethan Berry, Colton Lafferty and Eva Kay Lafferty; seven siblings, Diane Ivey, Jimmy (Janice) Ivey, Nadine (Walt) Thompson, Kenny (Linda) Ivey, Glenda (Dennis) Porter, Tony (Pamela) Ivey and Tom (Pam) Ivey; and many nieces and nephews whom she loves with all her heart.
Funeral services will be 3 p.m. Saturday at the Queen-Lee Chapel in Shoals with Rev. Bill Allen officiating. Burial will be in the Hickory Ridge Cemetery. Visitation will be 11 a.m. until 3 p.m. Saturday at the funeral home. The Queen-Lee Chapel of the Thorne-George Family Funeral Homes is in charge of the arrangements.
Alan Gene Yocom – Avoca 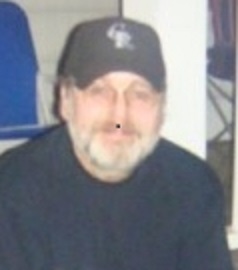 March 9, 1956 – May 22, 2018
Alan Gene Yocom, 62, of Avoca, Indiana, passed away on Tuesday, May 22, 2018 in Bedford, Indiana.
Born in Greencastle, Indiana, on March 9, 1956, Alan was raised by Reverend W.J. Yocom Sr. and Vera Mae (Follett) Yocom. He married Margaret Ann Verbais of Springfield, Illinois, in 1978, and the couple had four children. In 1986, the family moved to Colorado, where Alan worked for AT&T until an on-the-job injury resulted in a permanent disability. In 2006, Alan relocated to his home state of Indiana.
An avid animal lover, Alan could never turn away an animal in need, including many dogs (specifically Norwegian elkhounds), cats, rabbits, birds, hamsters, and even mice throughout his 62 years of life. He could often be found sitting in a favorite outdoor spot, listening to music and watching the stars, trying to pinpoint particular planets and constellations. His friends and family will miss his sense of humor and whimsy, both of which always seemed to be in full supply.
Alan is survived by his children: Sarah Rumple of Denver, Colorado; Kate Yocom (Joe Vignali) of Springfield, Illinois; Emily Yocom (Michael Peake) of Denver, Colorado; and Matthew Yocom of Avoca, Indiana; his grandchildren: Henry Rumple and Brooklyn Vignali; a sister: Susan L. Grubb; and multiple nieces and nephews.
Preceding him in death were his parents: Wilbur and Vera; and three siblings: Marilyn, Kay, and Joe.
An informal gathering to celebrate Alan’s life will be held at one of his favorite restaurants, Mother Bear’s Pizza Campus (1428 E. 3 rd St., Bloomington, Indiana), on Saturday, May 26, from 3 to 5 p.m. In lieu of flowers, the family is asking for donations to be made to Bloomington Animal Care and Control (3410 S. Walnut St., Bloomington, Indiana, 47401) in Alan’s memory.
Family and friends may express condolences at www.daycarter.com.