Kathryn Bartlett – Bedford
February 15, 1931 – February 24, 2018
Kathryn Bartlett, 87, of Bedford, died at 10:55 p.m. on February 24, 2018 at Garden Villa Nursing and Rehab Center.
Born February 15, 1931, in Monroe County, she was the daughter of Earl John and Lucille (Betchel) Treadway. She married Sammy Bartlett on January 3, 1948 and he preceded her in death on April 14, 1994. Kathryn retired as a floral designer at Kroger. She attended the Guthrie Christian Church, Bartlettsville Christian Church, and the South Parrot Ave. Christian Church in Okeechobee, FL.
Survivors include one son, John David Bartlett of Bedford; four grandchildren, Ronald Bartlett of Elletsville, Michael “Mikey” Bartlett of Smithville, Jessica Dawn Bartlett of Spencer, and John Paul Bartlett of Bedford.
She is preceded in death by her parents, husband; four sons, Michael Ray Bartlett, Randall Joe Bartlett, Terry Wayne Bartlett, and Ronnie Lee Bartlett; one sister, Carolyn Wampler; and three brothers, Donald Treadway, William “Bill” Treadway, and Kenneth Treadway.
Funeral services will be conducted at 10 a.m. on Friday, March 2nd at the Bartlettsville Christian Church with Buck Smith officiating. Burial will follow in the Bartlettsville Christian Church Cemetery. Visitation will be from 4 p.m. until 8 p.m. on Thursday, March 1st at the Day & Carter Mortuary, and from 9 a.m. until the hour of service on Friday at the Bartlettsville Christian Church.
Memorial contributions may be made to St. Vincent Dunn Hospital.
Family and friends may express condolences at www.daycarter.com.
Dr. John F. Medlock DVM – Bedford
September 17, 1924 – February 23, 2018
Dr. John was born September 17, 1924, to Jack and Emma (Smith) Medlock, Needmore, IN. He married Viola Jackson on February 15, 1947 and she survives. He died peacefully surrounded by all his family.
Dr. John was proceeded in death by his identical twin brother Dr. Robert ‘Bob’ Medlock, March 2007. He graduated from Needmore High School in 1942 and enlisted in the U.S. Navy in 1943. He attended a number of different aviation ordinance schools, and eventually was assigned to a base on Attu, the last island in the Aleutian Islands chain off of the Alaskan Peninsula. The Battle of Attu was of particular importance during WWII because it was the only land battle fought on U.S. territory since the War of 1812. Both brothers served together for 3 years as top turret gunners in the same Navy flight squadron but on different flight crews.
Following WWII, the twins graduated from Veterinary Medical School at Michigan State University in 1954. They returned to Lawrence County and established North Side Animal Hospital (later renamed Bedford Veterinary Medical Center). He practiced Veterinary Medicine for 32 years. John married Viola (Vi) Jackson February 15, 1947. They just celebrated their 71st wedding anniversary.
Dr. John was a lifetime member of the American Veterinary Medical Association (AVMA), the Indiana State VMA, and the 9th District AVMA. He twice served as president of the 9th District VMA and once served as Chairman of the State VM Examination Board. He served on the Bedford Medical Center Board of Directors for over 20 years. He was a Ray W. Fry Outstanding Alumni and a member of Faith Mission Church for almost 70 years. Additionally, he was a lifetime member of the American Legion Post #33, the FOP; and was at one time active in the Kiwanis, the Elks, Bedford Masonic Lodge, the Scottish Rite Valley of Indianapolis, and the Murat Shrine Temple.
He is survived by his wife Viola; one son, John Duane Medlock (wife Robin) Ft Myers Beach, FL; three daughters Nancy Butler (husband Greg) Bloomington, IN; Debbie Wessel (husband Dennis) Bedford; and Debbie Rainey (husband Myron) Bedford; 5 grandsons, 5 granddaughters, and 8 great grandchildren. He was preceded in death by his parents; 5 brothers and 5 sisters.
Funeral services will be conducted at 10 a.m. on Wednesday at Day & Carter Mortuary with Rev. Leonard Sankey, Rev. David Crosley, and Rev. Mark Stetler officiating. Burial will follow at the Cresthaven Memory Gardens. Friends may call from 4 p.m. until 8 p.m. on Tuesday at the Day & Carter. Military Honors will be accorded at the graveside.
In lieu of flowers, contributions may be made to the Stone City Christian Academy.
Gene P. Whitford – Bedford 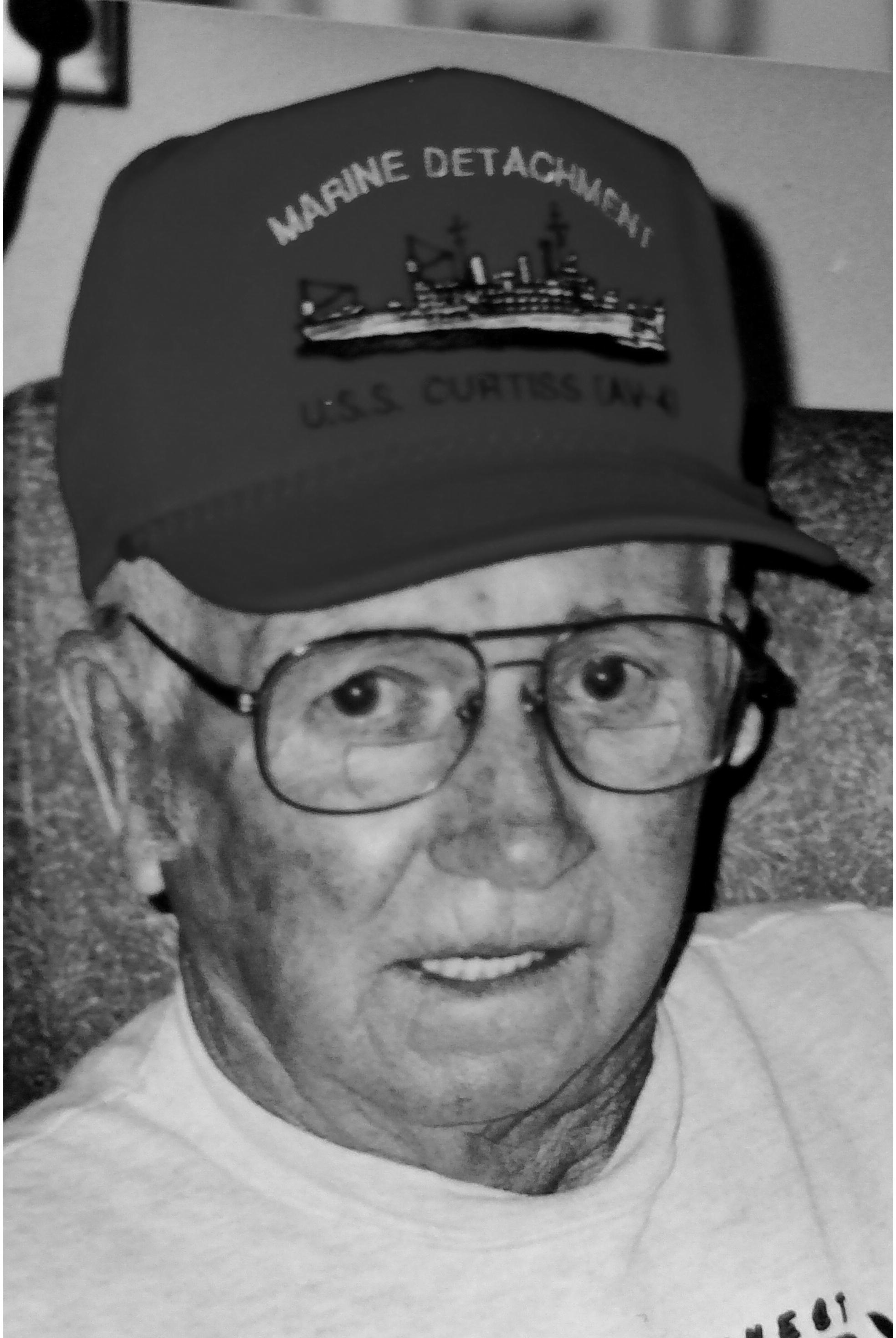 March 13, 1931 – February 20, 2018
Gene P. Whitford, 86, of Bedford, passed away on Tuesday, February 20, 2018 at Brown County Health and Living, in Nashville, IN.
Born March 13, 1931, in Silver Grove, Kentucky, he was the son of Ralph and Estella (Lising) Whitford. He married Sharon Schooley, on October 1, 1955; and she survives. Gene retired from the Marine Corps after 22 years of service, a Veteran of the Vietnam War, a Bronze Star Recipient, and an atomic Marine. He was a lifelong member of the American Legion and VFW, and had previously managed the Bedford Elks.
Survivors include his wife, Sharon, of Bedford; daughters, Lee Ann (Tim) Kelly, of Bedford, and Theresa (Fred) Heider, of Ft. Wayne; three grandchildren; twelve great-grandchildren; three brothers, Jerry (Dianne) Whitford, Joseph (Sheila) Whitford, and Robert (Wanda) Whitford; and two sisters, Kay Barth and Sue (Dale) Rainey.
He was preceded in death by his parents; six brothers, Ralph, Donald, Ronald, Daniel, Russell, and David; and sisters, Donna Lee Pelle, Mary Ann Combs, and Shirley Jones.
Memorial services will be held at a later date at Beech Grove Cemetery.
In lieu of flowers, memorial contributions may be made to the White River Humane Society In Memory of Gene P. Whitford.
Arrangements are under the direction of the Ferguson-Lee Chapel of Thorne-George Family Funeral Homes.
Online condolences may be sent to the family at www.fergusonlee.com.