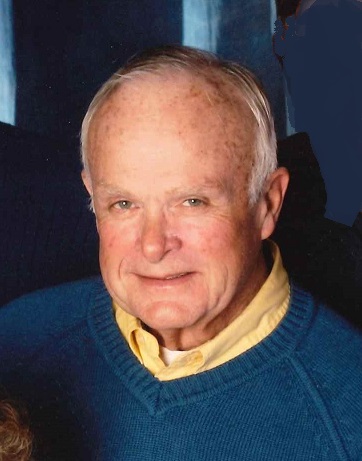 March 8, 1942 – December 5, 2017
Wilbur Lee Fields, 75, of Oolitic, died at 11:45 am on Tuesday, December 5, 2017 at St. Vincent Hospital in Indianapolis.
Born March 8, 1942, in Trinity Springs, IN, he was the son of Paul J. and Annabel (Taylor) Fields. He married Judith Ann Vaughn on October 15, 1966, and she survives. He retired as General Supervisor of Production Control and Logistics from GM Powertrain in 2002. He was a major in the U.S. Army and Indiana National Guard and a graduate of Indiana University. He served as an Elder at Central Church of Christ. He was a member of Gillen Post #33 American Legion, the Lawrence County Dulcimer Society, and Quality Council at St. Vincent Dunn Hospital.
He was an avid bicyclist who completed the Hilly Hundred many times. He served youth in many volunteer roles over the years including scout master, coach, youth deacon, and camp director at Spring Mill Bible Camp. He was one of the founders of the girls Oolitic Biddy Ball League. His passions included photography, camping, canoeing, hiking, folklore, Civil War-history, and music. After Hurricane Katrina struck, he used his experience and training in management and logistics as a Red Cross volunteer in Louisiana and Mississippi.
Survivors include his wife, Judith, of Oolitic; his mother, Annabel, of Bedford; a daughter, Kristin Wintin and husband, Frank, of Bedford; a son, Garrick Fields and wife, Marsha, of New Albany; a grandson, Paul Fields, also of New Albany; a brother, William “Willie” Fields and wife, Wilma, of Bedford; a niece, Lisa Tran and husband, Quang, all of Bedford and a nephew, Scott Fields and wife, Dana, of Whiteland.
He was preceded in death by his father.
Funeral services will be conducted at 11:00 am on Saturday, December 9 at the Central Church of Christ with Rick Leach and Jack Owen officiating. Burial will follow in Dive Cemetery. Visitation will be from 3 p.m. to 8 p.m. on Friday, December 8 at the church.
In lieu of flowers, friends may donate to the American Cancer Society or the White River Humane Society.
Family and friends may express condolences at www.daycarter.com.