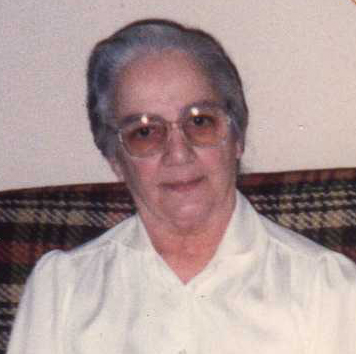 April 5, 1923 – December 2, 2017
Katherine Louise (Flinn) Williams, 94, of Bedford, passed away on Saturday, December 2, 2017 at Johnson Christian Village.
Born April 5, 1923, in Fort Ritner, she was the daughter of Samuel and Mattie (Ollis) Flinn. She married Melvin E. Williams on February 24, 1940; he preceded her in death on June 23, 2000. She was a member of the Apostolic Faith Assembly. Katherine was a homemaker.
Surviving are one son Ronald (Sue) Williams, of Bedford; five grandchildren; nine great-grandchildren; several great-great grandchildren; one brother, Ralph Flinn; and several nieces and nephews.
She was preceded in death by her parents; husband, Melvin; son, Kenneth Williams; three sisters, Juanita Eglen, Verna Bobb, and Irene Shepard; and two brothers, Hubert Flinn and Irvin Flinn, in infancy.
Graveside services will be held at 10 a.m. on Wednesday, December 6, 2017 at Dixon Chapel (Procter) Cemetery, with Pastor Kenneth Allen officiating. Visitation will be from 4 p.m. until 8 p.m. on Tuesday, at the Ferguson-Lee Chapel of Thorne-George Family Funeral Homes.
Online condolences may be sent to the family at www.fergusonlee.com. Memorial contributions may be made to the Dixon Chapel (Procter) Cemetery.