Steven D. Edwards – Ellettsville
October 6, 1975 – October 20, 2016
Steven D. Edwards, 41, of Ellettsville, died at 2:50 p.m. on Thursday, October 20, 2016 at I.U. Health Hospice House in Bloomington.
Born October 6, 1975 in Bloomington, he was the son of Donald and Betty (Hearth) Edwards.
Survivors include his father, Donald, of Ellettsville; a sister, Kathleen Edwards, of Bloomington; a brother, Allen Edwards, of Bloomington.
He was preceded in death by his mother, Betty and a brother, Daniel Edwards (in infancy).
No services are planned. Arrangements are under the direction of the Day & Carter Mortuary.
Family and friends may express condolences at www.daycarter.com.
Orpha L. Purlee – Orleans 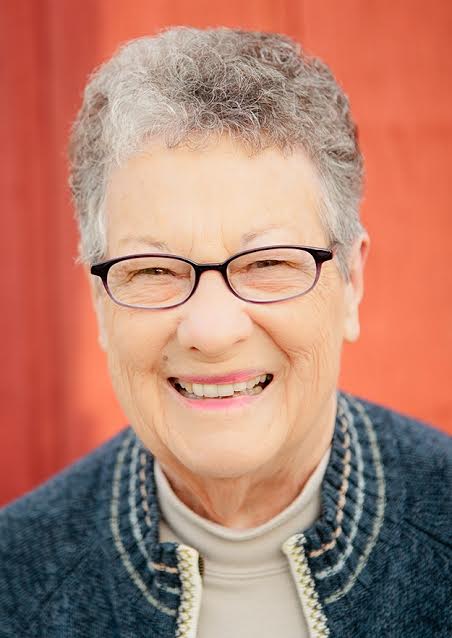 December 5, 1932 – October 21, 2016
Orpha L. Purlee, 83, of Orleans, died at 8:04 a.m. on Friday, October 21, 2016 at St. Vincent Dunn Hospital.
Born December 5, 1932 in Bedford, she was the daughter of Lyman and Lena (Reynolds) Jewell. She married Joseph R. Purlee on December 9, 1955 and he survives. She was a stenographer at NWSC Crane from 1951 to 1958 and a homemaker. She was a member of the Central Church of Christ.
Survivors include her husband, Joseph, of Orleans; two daughters, Kelly Cassidy and husband, Joe, of Bedford and Kim McFarland and husband, Roy, of Orleans; a son, Brad Purlee and wife, Lee, of Mitchell; five grandchildren, John Purlee, Brittany Purlee, Andy McFarland, Katie McFarland and Bowen Cassidy; several nieces and nephews. She was preceded in death by her parents, two brothers, Omar and Oral Jewell; a sister, Oneita Speer.
Funeral services will be conducted at 11 a.m. on Tuesday, October 25th in the Elmwood Chapel of the Day & Carter Mortuary with Rick Leach and Clovis Parsley officiating. Burial will follow in Green Hill Cemetery. Visitation will be from 4 p.m. to 8 p.m. on Monday, October 24th at the Day & Carter Mortuary.
Family and friends may express condolences at www.daycarter.com.
Michael Gene Coursey – Bedford

August 11, 1950 – October 20, 2016
Bedford – Michael Gene Coursey, 66, of Bedford, died at 4:14 pm on Thursday, October 20, 2016 at I.U. Health Bloomington Hospital.
Born August 11, 1950, in Lawrence Co., he was the son of Lavern and Pauline (Thompson) Coursey. He married Barbara Jane Gibbons on October 10, 1983 and she survives. He was a graduate of Oolitic High School with the class of 1968. He was a veteran of the U.S. Air Force serving during the Vietnam War. He was an estimator for Tri-County Builders and a member of Fishing Creek Christian Church, American Legion Gillen Post #33, the Bedford Boat and Sportsman Club and the Indiana Laborers Union. He was an avid I.U. Hoosier and Indianapolis Colts fan and loved attending his grandchildren’s ball games.
Survivors include his wife, Barbara, of Bedford; his mother, Pauline, of Springville; a daughter, Leigh Richardson and husband, Chris, of Winter Haven, FL; five sons, Alan Coursey, of FL, Tyson Coursey, of Martinsville, Travis Mathews, of Bedford, Troy Mathews and wife, Mandy, of Fayetteville and Ty Mathews and wife, Kara, of Oolitic; seventeen grandchildren; four great grandchildren; two sisters, Sue Hearth, of Springville and Carol Strunk, of Montgomery; his mother-in-law, Martha Gibbons of Bedford.
He was preceded in death by his father, his father-in-law, Laverne Gibbons; a brother, Jack Coursey; grandparents, Enery and Stella Coursey, Rathmiel and Vangie Thompson; two brothers-in-law, Danny Strunk and Ralph Hearth.
Funeral services will be conducted at 11 a.m. on Monday, October 24th in the Elmwood Chapel of the Day & Carter Mortuary with Jeff Williams and Kyle Stewart officiating. Burial will follow in the Oak Grove Cemetery in Springville with military rites accorded at the graveside by members of Gillen Post #33 American Legion. Visitation will be from 3 p.m. to 8 p.m. on Sunday, October 23rd and from 10 a.m. until the hour of service on Monday, October 24th at the Day & Carter Mortuary.
Family and friends may express condolences at www.daycarter.com.