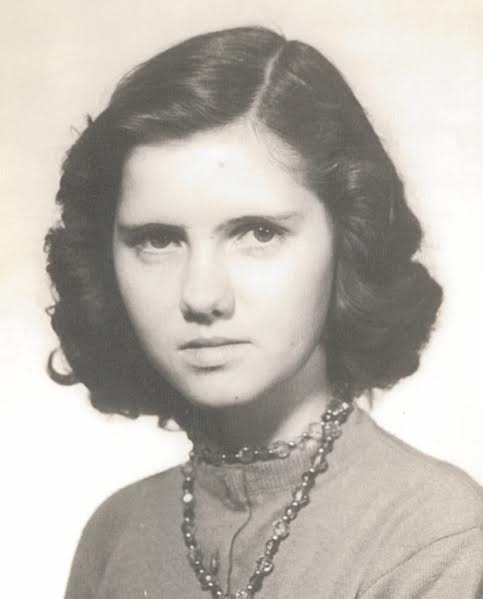 October 9, 1941 – August 21, 2016
Shirley J. Waggoner, 74, of Springville, died at 11:35 p.m. on Sunday, August 21, 2016 at I.U. Health Bloomington Hospital.
Born October 9, 1941, in Henryville, IN, she was the daughter of Evett T. and Julia K. (Meadows) Parker. She was a dietary manager at Westview Manor for forty-one years. She married Carl Waggoner on September 19, 1958. Carl had seen a picture of Shirley on a flyer at the general store for a beauty pageant. He went to her home, knocked on the door, and the rest is history. Shirley was a loving wife, mother, and grandmother. She was a very unselfish person who looked forward to their annual camping trips to Lincoln State Park and Holiday World.
Survivors include her husband, Carl, of Springville; son, Terry Waggoner and Shawn, daughter, Carla Payton, son, Chris Waggoner and Jami, all of Springville; nine grandchildren, Bryon Waggoner, Evett Waggoner, Andrew Waggoner, Aaron Waggoner, Tevin Payton, Shelby England, Kali Payton, Randa Payton and Gracie Waggoner; eight great grandchildren; one great great grandson; a brother, Bernard Parker of Springville; three sisters, Verla Skinner of Bedford, Wilma Swango and Brenda Flynn, both of Springville.
She was preceded in death by her parents, a brother, Ervin Parker and a granddaughter, Terra Waggoner.
Funeral services will be conducted at 11 a.m. on Thursday, August 25th in the Elmwood Chapel of the Day & Carter Mortuary with Rev. Jay Bennett officiating. Burial will follow in Lowder Cemetery. Visitation will be from 4 p.m. to 8 p.m. on Wednesday, August 24th at the Day & Carter Mortuary.
Family and friends may express condolences at www.daycarter.com.
Willard Herschel Jeffries – Bedford
June 29, 1931 – August 21, 2016
Willard Herschel Jeffries, 85, of Bedford, died Sunday, August 21, 2016 at Garden Villa in Bedford.
Born June 29, 1931 in Oolitic, he was the son of Bertie Alice (Owen) and Harvey Glen Jeffries. He graduated from Oolitic High School with the class of 1950 and enlisted in the U.S. Air Force on April 27, 1951. He served in the Korean War from Scott AFB, IL and was discharged with honors on April 26, 1955. He married Kathleen Adams of Ramsey, IL on February 22, 1955 and she preceded him in death on October 17, 2014, four months before their 60 th wedding anniversary. They lived most of their married life in Bedford, but also lived in Ranchester, WY. Willard Herschel worked briefly at RCA and the U.S. Postal Service before an electronics career in civil service at the Naval Surface Warfare Center at Crane, IN. He enjoyed reading, movies, treasure hunting, radio and electronics, and spending time with his family. He attended Southland Church of Christ where he served as an Elder and Bible teacher.
He is survived by three children, Willard Calvin Jeffries of Trier, Germany, Diana Daggy of Mitchell, IN and Karen Espenant of Nashville, TN; grandchildren, Nikolas Jeffries, Vanessa Jeffries, Nathaniel and Amber Jeffries, Tristan Jeffries, Arthur and Sarah Helton, Mary Kathleen and Danny Curtis, Patrick Brown, Billy and Daniel Daggy, as well as great grandchildren, Draezen Helton, Kristopher, Lucas, Sean and Ronin Jeffries, Adain Jeffries and one sister, Edna Irene Piper and several nieces, nephews and cousins.
He was preceded in death by his parents, his wife, Kathleen, two brothers, Harvey Price and Clifford Loren Jeffries.
Graveside services will be conducted at 2:30 p.m. on Thursday, August 25th at Cresthaven Memory Gardens with military rites accorded at the graveside by members of Gillen Post #33 American Legion. Visitation will be from Noon until 2 p.m. on Thursday, August 25th at the Day & Carter Mortuary.
Family and friend may express condolences at www.daycarter.com.