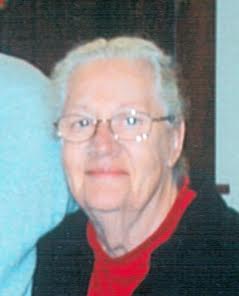 November 25, 1934 – March 27, 2016
Sarah Jeanette “Jean” Stines, 81, of Judah, finished her earthly journey at 4:02 pm on Sunday, March 27, 2016 at her residence to be reunited with her beloved husband, Paul Stines, who passed away November 13, 2015.
Sarah was born November 25, 1934 to James T. Cochran and Ruby (Hacker) Cochran who preceded her in death along with her only sibling, her brother, James “Dink” Cochran.
Sarah leaves behind three children, Teresa Tabor (Mike), of Hodgenville, KY, Marilyn Phillips (Rev. Alan), of Springville, Randall Stines of Judah; four grandchildren, Andrew Phillips (Jennifer), of Springville, Rebekah Brain (Dustin), of Springville, Christy Tabor, of Hodgenville, KY and Cassandra Raby (Eric), of Ft. Scott, IL; eight great grandchildren, Elizabeth Riggs, Eli Phillips, Josiah Phillips, Kayla Highbaugh, Adalee Phillips, Sophia Raby, Alan Brain and Katie Brain. Also survived by a nephew, Johnny Cochran (Shirley) and a niece, Melinda Evans and their families; four brothers-in-law, Hershel “Bucky” (Louise) Stines, of Bedford, Charles “Art” Stines, of Taylorsville, David Stines, of Bloomington and Kenneth Hays, of Bedford; three sisters-in-law, Edith (Wayne) Tolliver of Bedford, Wanda Stines and Ellen Taylor (Jimmy), of Bloomington.
She was also preceded in death by three brothers-in-law, Glenn, Ralph and Russell Stines; five sisters-in-law, Rita Cochran, Eva Darlene Hays, June Stines, Alice Stines and Clara Stines (in infancy); a niece, Brenda Elliot.
She was an accomplished seamstress, gardener, and was well read on finance, world history and current events. She retired from RCA and was a licensed cosmetologist.
And although her brilliant mind was ravaged by Alzheimers cruel confussion, fears and sadness and while Alzheimers stole away most all of her abilities and talents, it was unable to remove from her her trust in and love for God. When she could no longer call her childrens names she could still pray and continued to attend her church as her health permitted.
The loves of her life were God, her husband of 64 years, her children and family and she was fiercely protective of these loves.
We sadly miss her but now her confusion and pain are gone. Once again her mind is clear and at long last the hard working hands can take their rest in the presence of her Savior and the beloved ones she longed so to see. We’ll meet you in the morning, Momma.
Funeral services will be conducted at 11 a.m. on Monday, April 4th in the Elmwood Chapel of the Day & Carter Mortuary with Rev. Alan Phillips, Rev. Max Abel and Rev. Bert Arnett officiating. Graveside committal service will be at 2 p.m., Monday, April 4th in Valhalla Memory Gardens in Bloomington. Visitation will be from Noon to 8 p.m. on Sunday, April 3rd at the Day & Carter Mortuary.
The family asks that in lieu of flowers, friends consider memorial contributions be made to the Alzheimer’s Assoc., White River Humane Society or the Peerless Church.
Family and friends may express condolences at www.daycarter.com.
Phillip Kinser – Heltonville 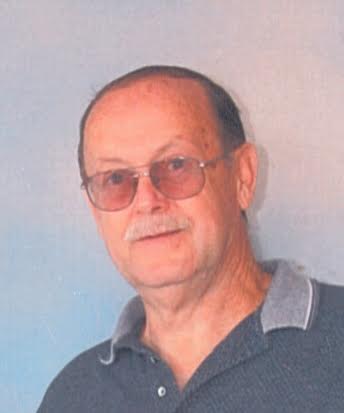 November 1, 1940 – March 25, 2016
Phillip Kinser, 75, of Heltonville, IN, died at 10:50 pm on Friday, March 25, 2016 at Community Hospital South in Indianapolis.
Born November 1, 1940 in Lawrence Co., he was the son of Thurman Marshall and Lucy Thelma (Prince) Kinser. He married Shirley Kern and she preceded him in death in 2008. He was self-employed (Kinser Custom Printing) in Lawrence County and a member of the Moose Lodge for many years.
Survivors include a daughter, Pammy Lynn Kinser; three sons, Phil Kinser, Jr., Leon Kinser (Regina), and Chad Kinser; two step-daughters, Lisa Stevenson and Karen Moore; a step-son, Keith Cobb; a brother, Verden Kinser (Vickie); a sister, Gail Kinser Sink (Don); his significant other, Nancy Duncan; and the mother of his children, Shirley Ann Fisher .
He was preceded in death by his parents, his wife, and a brother, Dallas Kinser.
Funeral services will be conducted at 2 p.m. on Friday, April 1st in the Elmwood Chapel of the Day & Carter Mortuary with Bro. Harold Godsey officiating. Burial will follow in the Meadows Church Cemetery on Meadows Church Road. Visitation will be from 4 p.m. to 8 p.m. on Thursday, March 31st at the Day & Carter Mortuary.
Family and friends may express condolences at www.daycarter.com.
Michael Ray Wheeler – Bedford
May 16, 1953 – March 26, 2016
Michael Ray Wheeler, 62, of Bedford, died at 6:11 pm on Saturday, March 26, 2016 at I.U. Health Bloomington Hospital.
Born May 16, 1953, he was the son of Paul and Evangeline (Craig) Wheeler. He married Lora Shutters on September 20, 1995 and she survives. He was a linen service worker and a member of the Work of God Church in Mitchell where he served as a drummer.
Survivors include his wife, Lora, of Bedford; a son, Jason Wheeler, of Mitchell; a step-son, Zackory Shutters, of Bedford; two step-daughters, Karmin Shutters, of Bedford
and Kari Shutters, of Seymour; four grandchildren, Kaytelynn, Kollin, Karli, and Shana; two brothers, Butch, of Seymour and Jerry, of Madison; two sisters, Brenda Thompson, and Marilyn Sherwood (his twin), of Mitchell.
He was preceded in death by his parents and a sister, Evangeline (in infancy).
Graveside services will be conducted at 2:30 p.m. on Saturday, April 2nd with Pastor Dwight Dunbar officiating. Visitation will be from Noon to 2 p.m. on Saturday, April 2nd at the Day & Carter Mortuary.
The family asks that friends consider memorial contributions be made to the Wheeler family to assist with funeral expenses.
Family and friend may express condolences at www.daycarter.com.
D’Andra Jo “De De” Stone – Mitchell 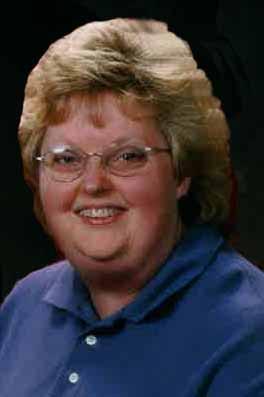 March 20, 1959 – March 27, 2016
D’Andra Jo “De De” Stone, 57, of Mitchell, passed away Sunday, March 27, 2016, at Indiana University Health Bloomington Hospital.
Born March 20, 1959, in Bedford, she was the daughter of Myrlen W. and Sherlia A. (Mundy) Hunter.
De De was employed at the French Lick Resort and had previously worked 21 years at the Bureau of Motor Vehicles in Bedford. She was a member of Tulip Street Christian Church and a 1977 graduate of Mitchell High School.
Survivors include her children, Matthew Stone of Indianapolis, Courtney Stone of Bloomington; mother, Sherlia Hunter of Mitchell; sisters, Denise Doyle of Mitchell, Beverly Hunter of San Diego, California
Her father preceded her in death.
Funeral service will be at 11 a.m. Friday, April 1, in the Memorial Chapel of Chastain Funeral Home & Cremation Center with Brother Darren Chastain and Brother Phil McDonald officiating. Burial will be in Mitchell Cemetery. Friends may call from 4 till 7 p.m. Thursday and from 10 a.m. until the service on Friday at the funeral home.
Memorial gifts can be made in De De’s memory to Phi Beta Psi Cancer Fund
Condolences may be sent to the family at www.chastainfuneralhome.com