Johnny Caswell – Springville
Johnny Caswell, 42, of Springville, died Thursday, October 1, 2015 in Vaughn, NM.
Arrangements are pending at the Day & Carter Mortuary.
Barbara J. Abel – Bedford
June 8, 1946 – October 2, 2015
Barbara J. Abel, 69, of Bedford died at 5:25 a.m. on Friday, October 2, 2015 at St. Vincent Hospital in Indianapolis.
Born on June 8, 1946 in Lawrence County, she was the daughter of Robert and Dorothy (Godsey) Hall. Barbara married Max Abel on July 30, 1966 and he survives. She was a homemaker, member of the House of Prayer Pentecostal Church and she and Max had a ministry at Stonebridge Health Campus for many years.
Surviving with her husband, Max, of Bedford, is one daughter, Theresa Abel of Mitchell; two sons, Bryan Abel and his wife, Carla of Medora and Matthew Abel of Bedford; five grandchildren, Jered Abel, Jordan Abel, Bricyn Abel, Brandyn Abel and Jessica Abel; five great grandchildren, her sister, Phyllis Abel of Bedford and several nieces and nephews.
She was preceded in death by her parents and one brother, Wayne Hall
Funeral services will be conducted at 10 a.m. on Thursday, October 8th in the Elmwood Chapel of Day & Carter Mortuary with Brother Alan Phillips and Pastor Dennis Williams officiating. Burial will follow in the Byers-Rainbolt Cemetery. Visitation will be held on Wednesday, October 7th from 3 p.m. until 8p.m. at Day & Carter.
Family and friends may express condolences at: www.daycarter.com
Russell D. Cobb – Springville
July 27, 1932 – October 1, 2015
Russell D. Cobb, 83, of Springville, died at 3:42 pm on Thursday, October 1, 2015 at Westview Nursing and Rehabilitation in Bedford.
Born July 27, 1932 in Bedford, he was the son of Frank Boone and Lois (Bridwell) Cobb. He married Twila Luann Faubion on February 24, 1957 and she survives. He was a farmer, a bus driver for Springville Elementary School and retired as a custodian at Oolitic Middle School. He was a veteran of the Korean War and of the Christian faith.
Survivors include his wife, Twila, of Springville; a son, John D. Cobb and wife, Penny; a daughter, Janet D. Godsey and husband, Mark; four grandchildren, Alexandra Dair Cobb, Jordan David Cobb, Erik Brendan Godsey and Morgan Danielle Godsey; a great grandson, Josiah David Cobb; a sister, Judith Kay Cobb Bartlett.
He was preceded in death by his parents and a brother-in-law, Fred Bartlett.
Funeral services will be conducted at 11 a.m. on Tuesday, October 6th in the Elmwood Chapel of the Day & Carter Mortuary with Pastor Kevin Giggy officiating. Burial will follow in Springville Cemetery West with military rites accorded at the graveside by members of Gillen Post #33 American Legion and D.A.V. Chapter 2. Visitation will be from 3 p.m. to 8 p.m. on Monday, October 5th and from 10 a.m. until the hour of service on Tuesday, at the Day & Carter Mortuary.
The family asks that friends consider memorial contributions be made to the American Cancer Society.
Family and friends may express condolences at www.daycarter.com.
Dorothy J. “Dodie” Bowman – Mitchell 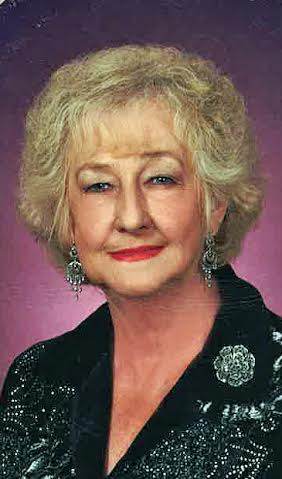 November 27, 1940 – October 1, 2015
Dorothy J. “Dodie” Bowman, 74, of Mitchell, passed away at 12:32 p.m. Thursday, October 1, 2015, at Indiana University Health Bloomington Hospital.
Born November 27, 1940, in Ellettsville, she was the daughter of Gaines Francis and Kathryn Elizabeth (Burns) Crandall, Sr. She married John Henry “Jack” Bowman December 13, 1974, and he preceded her in death May 27, 2000.
Dodie had been employed at Indiana University School of Law. She was a graduate of Bloomington High School in 1958, and attended Indiana University. She was a member of Jacob Finger United Methodist Church, United Methodist Women, and American Legion Auxiliary Post No. 250.
Survivors include brother, Gaines Francis “Jack” Crandall, Jr., Anderson and sister, Lillian June Rife, Anderson
Her parents; husband; and siblings, Lois Jane Lunsford and Robert Lee Crandall, preceded her in death.
Funeral service will be at 11 a.m. Monday, October 5, at Jacob Finger United Methodist Church with Reverend Eric Kersey officiating. A graveside service will be at 3 p.m. at Valhalla Memory Gardens. Friends may call from 10 a.m. until the service on Monday at the church.
Memorial Gifts can be made in Dorothy’s memory to Jacob Finger United Methodist Church.
Condolences may be sent to the family at www.chastainfuneralhome.com