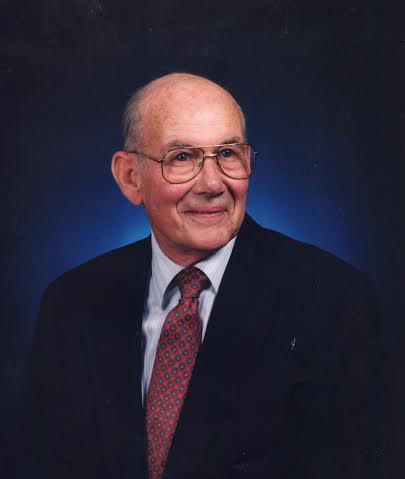 July 15, 1922 – September 30, 2015
Charles O. Owens, 93, of Bedford, died at 11:50 p.m., on Wednesday, September 30, 2015 at Johnson’s Christian Village.
Born July 15, 1922 in Lawrence Co., he was the son of Charles S and Gladys (King) Owens. He retired from NWSC Crane where he was an assistant security director from 1946 to 1977. He was a veteran of WW II serving with the U.S. Navy. He was a member of the Faith Lutheran Church in Bloomington and Gillen Post #33 American Legion where he had served as a past commander. He enjoyed woodworking.
Survivors include a daughter, Beth Gilman and husband, David, of Ft. Myers, FL; a son, Michael Owens of Bedford; four grandchildren, Ashley Gilman Meyer and husband, John, Austin Gilman and wife, Andrea, Kyle Gilman and Kelly Gilman Long and husband, Cameron; seven great grandchildren and a sister, Norma Owens Thomas, of Bedford.
He was preceded in death by his parents, a sister, Joyce Owens Meadows and a brother, Bill Owens.
Funeral services will be conducted at 2 p.m. on Monday, October 5th in the Elmwood Chapel of the Day & Carter Mortuary with Pastor Chris Beck officiating. Burial will follow in Green Hill Cemetery. Visitation will be from 11a.m. until the hour of service on Monday, October 5th at the Day & Carter Mortuary.
In lieu of flowers, the family asks that friends consider memorial contributions be made to Gillen Post #33 American Legion.
The family would like to thank the staff of Johnson’s Christian Village for their loving care and friendship.
Family and friends may express condolences at www.daycarter.com.
Frankie L. Ray – Mitchell
Frankie L. Ray, 99, of Mitchell, passed away at 11:27 a.m. Wednesday, September 30, at Indiana University Health Bedford Hospital.
Funeral arrangements are pending at Chastain Funeral Home & Cremation Center.
Dorothy J. “Dodie” Bowman – Mitchell
Dorothy J. “Dodie” Bowman, 74, of Mitchell, passed away at 12:32 p.m. Thursday, October 1, 2015 at Indiana University Health Bloomington Hospital.
Funeral service will be at 11 a.m. Monday, October 5, at Jacob Finger United Methodist Church. Graveside service will be at 3 p.m. Monday at Valhalla Memory Gardens. Friends may call from 10 a.m. until the service on Monday at the church.
Memorial Gifts can be made in Dodie’s memory to Jacob Finger United Methodist Church.