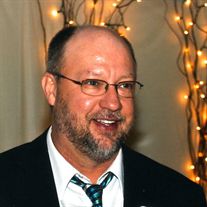 Thomas R. Horsting, 53, of Shoals, Indiana passed away unexpectedly on Sunday, May 31, 2015 at 6:35 p.m. at the Memorial Hospital and Healthcare Center in Jasper.
Born on October 6, 1961 in Washington, Indiana he was the son of the late Jerry and Kay (Ragsdale) Horsting. He married Alice Albaugh on October 26, 2001 in Bedford, Indiana. Tom graduated from Shoals High School and Bedford North Lawrence Technical Program. He was currently employed at United States Gypsum in the engineering maintenance department. Tom loved his family and loved the outdoors and traveling.
He is survived by his wife Alice Horsting of Shoals; son, Shayne and his wife Amanda Horsting of Bedford; two daughters, Ashton and her husband Kyle Aragon of Bedford, Tesa and her husband Seth Baker of Camp Lejeune, North Carolina; two step-daughters, Jill Albright of Shoals and Rhea Albright of Bloomington; 5 grandchildren, Gavan Horsting, Elijah Lock, Isaiah and Emsley Aragon and Brettley Baker; three sisters, Cindy and her husband Gary Brashear of Washington; Stephanie and her husband Gerard Shoultz of Loogootee; and Michelle and her husband Rick Dinkens of Loogootee.
Preceded in death by parents, a daughter Amanda Horsting, and two grandsons Aiden and Brayden Horsting in infancy.
Visitation will be from 4 p.m. till 8 p.m. on Thursday, June 4, 2015 at the Queen-Lee Funeral Home in Shoals. A funeral service will be conducted at the funeral home at 11:00 a.m. on Friday. Burial will follow in Spring Hill Cemetery.
Condolences may be made online to the family at www.queenlee.com
Alfred L. Sprouse – Bedford
Alfred L. Sprouse, 74, of Bedford, died at 11am on Sunday, May 31, 2015 at his residence.
Born February 26, 1941 in Carrollton, MO, he was the son of Finch S. and Annie F. (Mullins) Sprouse. He married Cheryl Necoe Ockerman on June 13, 1993 and she survives. He retired from Boone Electric Co-op in 2004 and was a veteran of the U.S. Army. He was a member of the Twilight Masonic Lodge #114 F & AM in Columbia, MO.
Survivors include his wife, Necoe, of Bedford; two daughters, Stacy Corbin of Indianapolis and Arianne Bough and husband, Todd, of Carmel; a son, Brian Sprouse and wife, Stacy, of Carthage, MO; three grandchildren, Clifford, Aidan and Carson.
He was preceded in death by his parents, six brothers, Ralph, Kenny, Joe, Charlie, Bob and Johnny Sprouse; two sisters, Martha and Mary.
A celebration of life will be conducted at a later date.
Arrangements are under the direction of the Day & Carter Mortuary.
Family and friends may express condolences at www.daycarter.com.