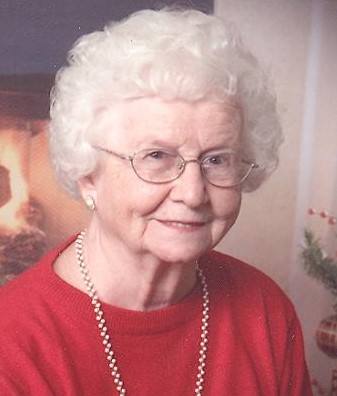 Mildred Ruth Fields, 88, of Bedford, passed away on Saturday, November 8, 2014 at Mitchell Manor.
She was born in Lawrence County on December 1, 1925 to Robert F. Root and Minnie M. (Shirley) Root. Mildred married William F. Fields on February 13, 1944 in Bedford and he preceded her in death on June 1, 1998, she was a homemaker and nursery school helper at Gingerbread Nursery School in Bedford. She was a member of the Central Church of Christ.
Survivors include her children, Michael (Joann) Fields of Bedford, William David Fields of Bedford, Phillip (Karen) Fields of Bedford, Timothy (Darlene) Fields of Bedford, Susan Oliver of Bedford, and Brenda (Joseph) Beyers of Bedford; 21 grandchildren and 40 great grandchildren; brothers, Kenneth Root of Bedford and Robert F. Root, Jr. of Bedford; sister, Evelyn McGregor of Bedford; several nieces, nephews and cousins.
She was preceded in death by her parents; sister Roberta Kerr and daughter-in-law, Linda Fields.
Funeral services will be held on Saturday November 15, 2014 at 1 p.m. at Cresthaven Funeral Home in Bedford. Friends may call on Friday from 4 p.m. until 8 p.m. at Cresthaven Funeral Home; burial will be in Cresthaven Memory Gardens.
In Lieu of Flowers donations may be made to Spring Mill Bible Camp or Blessings in a Backpack
Straley Irene Clark – Lawrence Co. 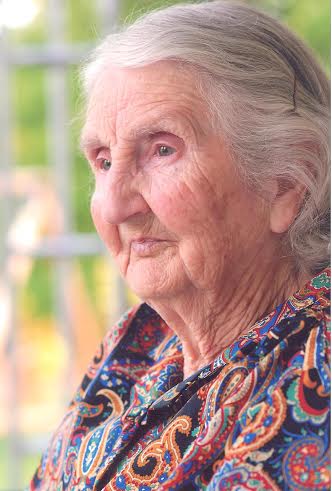 Straley Irene Clark, 98 ,of Lawrence County passed away at 2:40 p.m. on Monday November 10, 2014 at IU Health in Bedford.
She was born on December 8, 1915 in Lee County, Virginia to Frank Lundy and Jennie (Witt) Daugherty. She married Elbert B. Clark in Middleboro, Kentucky in 1934 and he preceded her in death. She was a homemaker and loving wife, mother and grandmother.
Survivors include two sons William “Gene” Clark, of Greenwood and Harry Clark, of Owensburg; 9 grandchildren and 9 great grandchildren; 1 great great grandchild.
She was preceded in death by her parents, husband; one daughter Bertha Galatti; brothers Ernest and Carl Lundy; sisters Helen Clark and Erma Ruth Garrison; grandson Scotty Dale Clark.
Funeral services will be held on Friday November 14, 2014 at 1 p.m. at Cresthaven Funeral Home, friends may call on Friday from 11 a.m. until service time at 1 p.m. Burial will be in Hill Top Cemetery in Avoca
Janis Marie Alexander – Bedford
Janis Marie (Norman) Alexander, 54, of Bedford, passed away at 9:29 a.m., on Tuesday, November 11, 2014, at St. Vincent-Dunn Hospital, Bedford.
Born February 13, 1960 in Bedford, Indiana, she was the daughter of Clyde & Blanche (Ramsey) Norman.
She married Jerry Alexander in November 2001; and he survives.
She was a member of Friendly Bible Church. She was a member of the Moose Lodge. She was a homemaker. She enjoyed camping, 4-wheeling, and being outdoors.
Surviving are her husband, Jerry Alexander; three daughters, Chasity (Tim) Jenkins, Crystal Walton, and Angie Alexander; grandchildren, Tyler and Elijah Jenkins, Vanessa Murphy, Kimberly and Heather Walton, Jesse Woodward, Robert Alexander, and Laney Gilbert; two sisters, Sharon (Richard) Kinser and Donna (Larry) Holmes; one brother, Ed (Jane) Norman; and several nieces and nephews.
She was preceded in death by her parents, two sisters, Colleen and Linda; son-in-law, Eddie Walton; and mother-in-law, Nancy Alexander.
Funeral service will be on Friday, November 14, 2014 at 1 p.m. at Ferguson-Lee Funeral Home, with Pastor Tim Jenkins officiating. Burial will be in Burton Cemetery, Mitchell. Friends may call on Thursday, 4 p.m. till 8 p.m. at the funeral home.
Memorial contributions may be made to Ferguson-Lee Funeral Home to assist the family with funeral expenses.
Online condolences may be sent to the family at www.fergusonlee.com.