William Lee “Bill” Haverly – Springville
William Lee “Bill” Haverly, 72, of Springville, passed away at 3:35 P.M. on Sunday, June 22, 2014, at IU Health Bloomington Hospital.
Born November 20, 1941, in Lawrence County, he was the son of Lawrence E. and Charlotte (Reed) Haverly.
He married Regina (Bailey) Haverly on December 19, 1981; and she survives.
He was a graduate of Mitchell High School, Class of 1959. He attended Indiana University. He was a graduate of the Police Academy in Plainfield, IN. He was Police Chief of the Bedford Police Department, when he retired in 1997, and was also the Chief Deputy for the Lawrence County Sheriff’s Department. He was a member of F.O.P. and a lifetime member of the NRA. He was of the Christian faith. He was an avid golfer and loved camping, being outdoors, and riding motorcycles.
Surviving are his wife, Regina, of Springville; one son, Steve (Bobbi) Haverly, of Bedford; one daughter, Stephanie Koontz, of Hollywood, CA; one step-son, Blair (Sue) Johnson, of Richmond, VA; one step-daughter, Leah (Greg) Schnatmeier, of St. Louis; eight grandchildren; and two great grandsons.
He was preceded in death by his parents.
Funeral service will be on Thursday, June 26, 2014, at 11:00 A.M. at Ferguson-Lee Funeral Home, with Roland Holtsclaw officiating. Entombment will be in Cresthaven Memory Gardens Mausoleum.
Friends may call on Wednesday, 3-8 P.M. at the funeral home.
Memorial Contributions may be considered to the Mayo Clinic Department of Development.
Online condolences may be made to the family at www.fergusonlee.com.
Norma Anabel Terry – Silverville
Norma Anabel Terry, 87, of Silverville, died at 12:25 pm on Friday, June 20, 2014 at St. Vincent Dunn Hospital in Bedford.
Born April 29, 1927 in Silverville, she was the daughter of Forrest and Zona (West) Craig. She married William “Bill” Terry on March 24, 1945 and he survives. She was a domestic engineer and known as the ‘hummingbird lady’. She was a 1945 graduate of Fayetteville High School.
She was a member of the Missionary Baptist Church of Silverville since the age of eleven. She had served as secretary, clerk-treasurer, Junior Class teacher and Vacation Bible School superintendent. She had been a member and officer of the Women’s Missionary Society and a Deaconess.
Survivors include her husband, William “Bill” Terry of Silverville; one son, William Duane Terry and wife, Julia, of Fayetteville; two daughters, Judith Karen Bailey of Silverville and Jeaneen Sharon Sons and husband, Steve, of Bedford; grandchildren, Monte, Marty, Michael, Stephanie, Whitney, Courtney, Greg and Niki; great grandchildren, Brenna, Layna Chase, Braden, Britan, Kendal, Bailey Ann, Hayden, Gage, Colton and Katie; four sisters, Wanda, Doris, Anah and Viola; two brothers, Audra and Don; several nieces, nephews and cousins.
She was preceded in death by her parents, a grandson, William Kent Bailey; a son-in-law, Larry Bailey four brothers, Victor, Vince, Lowell and Edwin.
Visitation will be from 11 am until 1 pm on Tuesday, June 24th at Silverville Missionary Baptist Church. Graveside services will follow in the church cemetery at 1 pm with Dennis Williams officiating.
Arrangements are under the direction of the Day & Carter Mortuary.
David D. Anderson – Leesville
David D. Anderson, 62, of Leesville died at 5:30 pm on Friday, June 20, 2014 at his residence.
Born August 24, 1951 in Lawrence County he was the son of James N. and Mary Louise (Murphy) Anderson. He married Geneva Terrell on October 6, 1977 and she survives. He retired from General Motors. He was a member of the Family Worship Center in Baton Rouge, LA, and the UAW. David was a CB radio operator, and enjoyed hunting, fishing, and riding his motorcycle.
Survivors include his wife Geneva of Leesville; one sister: Betty J. Brown of Leesville; one step daughter, one step granddaughter, one adopted granddaughter, one niece, and one nephew.
He was preceded in death by his parents and one brother, Steven.
Funeral services will be conducted at 2 pm on Wednesday, June 25th in the Elmwood Chapel of the Day & Carter Mortuary with John Lee officiating. Burial will follow in the Leesville Cemetery. Visitation will be from Noon until the hour of service on Wednesday, June 25th at Day & Carter Mortuary.
Family and friends are invited to sign the guest book and light a candle in memory of David at www.daycarter.com.
Frank M. Owen – Bedford
Frank M. Owen, 94, of Bedford, died at 9:08 p.m. Thursday, June 19, 2014, at St. Vincent Dunn Hospital, Bedford.
Born June 9, 1920, in Lawrence Co., he was the son of Henry Owen and Maude (Mead) Owen.
He married Shirley Libbie Mills on December 31, 1942; she died on September 19, 2011.
He was a sales manager for Funks G. Seed Co., retired. He was a member of First Presbyterian Church, Bedford; a graduate of Bedford High School with the class of 1938; a graduate of Purdue University; a veteran of the US. Army Air Corps; member of American Legion Gillen Post #33, Bedford; the Purdue Alumni Association; Bedford Elks Lodge #826; and the Bedford High School Boosters Club.
Surviving are his son, Howard and wife Karen; their children, Jeffrey and wife Lisa and their children Laney and Riley; Steven and wife Shannon and their daughter, Westyn; Scott and his wife Liz; Tiffany Miller and husband Kyle and their children Ethan and Kalen; and Blake; son Mark and his wife Elizabeth and their children Katherine Wenigmann and husband Mike; Lisa Kelso and husband Tim; and son John; daughter Fran Bond and her children Maggie Harrell and husband Clint and their daughter Isabelle; and Mollie Bond.
He was preceded in death by his wife, Shirley; son-in-law Larry Bond; and great granddaughter Averie Owen.
Funeral services will be held at 1 a.m. Wednesday, June 25, at Ferguson-Lee Funeral Home with Rev. Dr. Daniel M. Watson officiating. Burial will be in Green Hill Cemetery, Bedford. Military Rites will be accorded by members of American Legion Gillen Post #33, Bedford. Friends may call on Tuesday from 5 p.m. to 8 p.m. at the funeral home.
Memorial contributions may be considered to First Presbyterian Church, 1504 “L” St., Bedford, IN 47421.
Online condolences may be sent to the family at www.fergusonlee.com.
Harry Wayne Smith – Mitchell 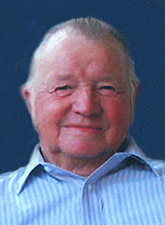