Vic Umphress, 63, of Bedford, passed away peacefully Thursday morning at Schneck Medical Center with his wife and daughters by his side.
Vic was born October 15, 1950 in Bedford, IN; he was the son of the late Eugene and Doris (Woody) Umphress.
Vic was retired from Visteon and served for the US Guards from 1969-75. Vic spent his days taking pictures, traveling to Florida, volunteering at the White River Humane Society, visiting friends at Hobby’s and White River Boat Club, and attending his grandson’s sporting events. Vic was a past president of the Bedford Softball Association and was an umpire, coach and player for many years at Murray and Otis Ballpark.
Golf was also a huge love of Vic’s. Starting as a caddy at Otis Golf Course, he quickly learned the game and played almost daily until he became ill. Vic was a dedicated Kansas City Chiefs and Royals fan and would never miss a game. He also loved Hoosier Basketball and enjoyed watching the games with his friends.
Vic is survived by his wife of 35 years, Kelly Umphress (Baker); two daughters, Holly Rush and Hope (Elijah) Pemberton; one grandson, Cylis Rush; In-laws; Philip and Margaret (Sipes) Baker and many aunts, uncles and cousins.
Being an only child, Vic had many “adopted” brothers and sisters and always kept in close contact with them over the years.
A Celebration of Life Service will be held at 5pm on Saturday, June 7, 2014 at Leatherwood Christian Church in Bedford, IN with visitation from 2 p.m. to 5 p.m. Immediately following the service, a balloon release will be held at Otis Golf Course Band Shell.
In lieu of flowers, contributions can be made to the White River Humane Society www.whiteriverhumanesociety.org
Cresthaven Funeral Home is in charge of arrangements.
Thelma Bennett – Medora 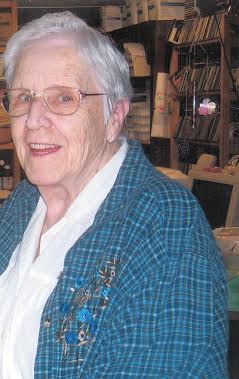 Thelma Bennett, 87, of Medora, died at 2 p.m. on Tuesday, June 3, 2014 at her residence.
Born October 25, 1926 in Tunnelton, she was the daughter of Robert Edward and Sylvia Pearl (Horner) Collier. She married Chester Bennett on November 8, 1945 and he preceded her in death on November 21, 2000. She retired
from H.O. Canfield/Pansote after thirty years of service. She was a member of the Unity Missionary Baptist Church.
Survivors include a son, Roger Bennett and wife, Linda of Bennett of Medora; a daughter, Carol Thompson of Medora; four grandchildren, Larry (Rita) Bennett of Medora, Alan (Brandy) Thompson of Indianapolis, Sara Carney of Medora, Tonya Cornett of Salem; seven great grandchildren, Tanner Bennett, Kaylee Bennett, Mallory Thompson, Avery Carney, Derek Cornett, Cameron Thompson, Allison Carney; a sister, Ruth Johnson of Bedford.
She was preceded in death by her parents, her husband, Chester; a brother, Clyde Collier; two sisters, Ivy Jones and Edith Bradford; a granddaughter, Melissa Lynn Thompson.
Funeral services will be conducted at 2 p.m. on Friday, June 6th, 2014 in the Elmwood Chapel of the Day & Carter Mortuary with Pastor Danny Goens officiating. Burial will
follow in the Dixon Chapel Cemetery. Visitation will be from 10 a.m. until the hour of service on Friday, June 6th at the Day & Carter Mortuary.
Family and friends are invited to sign the guest book and light a candle in memory of Thelma at www.daycarter.com.