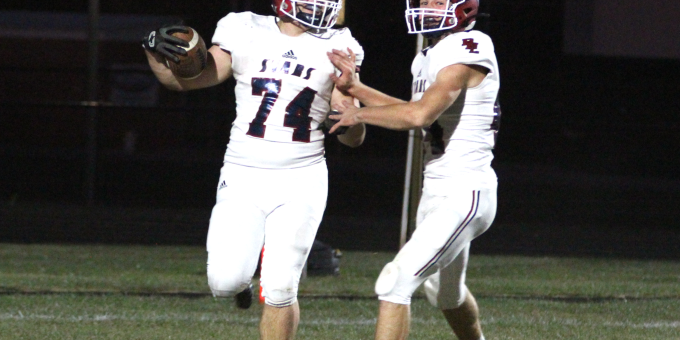 Greg Gilbert and Collin Whittaker were named from the defensive unit, while offensive stars Dylan Nikirk, Cal Gates, Memphis Louden and Ryker Hughes were also selected by the league coaches.

Gilbert, a force on the defensive line, had 10 tackles for loss (including six sacks) and two forced fumbles. Whittaker led the Stars in tackles (96) and added an interception.

NIkirk was BNL’s leading receiver with 30 catches for 482 yards (with three touchdowns), added 269 rushing yards, and also served as BNL’s top kick returning threat. Hughes led the team in receiving touchdowns (7) while snagging 19 passes for 307 yards (and was a weapon as a punter). Louden threw for 1,421 yards and 12 TDs as a second-year quarterback, and he also added 622 rushing yards with 5 scores. Gates stepped into the starting role in Week 4 and finished with 769 yards with 8 TDs.

The Stars finished 5-1 in the league, sharing the conference title with Seymour, and won a piece of the prize for the first time since 2006. BNL finished 6-5 overall.