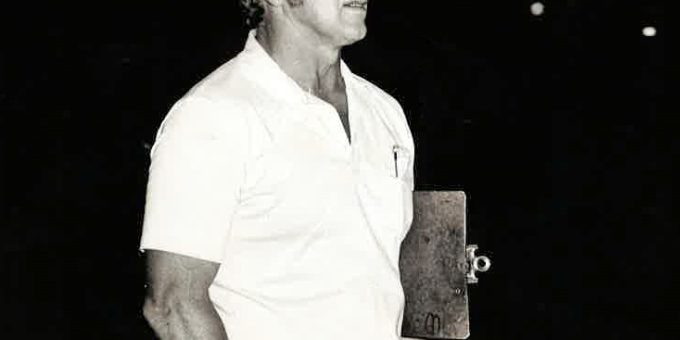 Born December 27, 1934, in Huron, he was the son of Harold and Catherine (McCain) Sanders. He married Donna Mae Brewer in October 1966 and she survives.

Art was a U.S. Army veteran of the Korean Conflict. He was a 1953 graduate of Mitchell High School, received his Bachelor’s degree from Franklin College, where he played football, and received his Master’s degree from Indiana University. Art worked as a science and biology teacher for West Washington Junior and Senior High Schools. He was an avid sports fan and he coached football for almost 30 years.

Coach Sanders had a 10-0 record in 1976, was an assistant All-Star coach for Indiana in 1977, and coached his team to win the PLAC championship in 1984. Art was a member of the American Legion Post No. 250 and the Phi Delta Theta fraternity. He enjoyed farming in his retirement and was a very hardworking man. Family was always important to Art who loved his family dearly.

His parents; son, Rodney Scott; and four brothers and one sister preceded him in death.

Cremation has been chosen with a Celebration of Life visitation held from 4:00 p.m. – 6:00 p.m., Thursday, October 13 in the Memorial Chapel of Chastain Funeral Home and Cremation Center.

Memorial Contributions can be made to the Alzheimer’s Association.