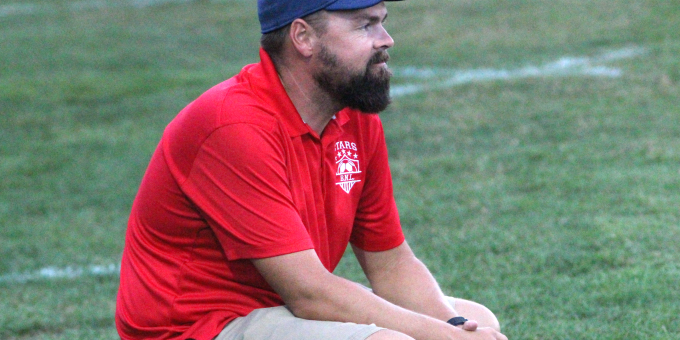 ELLETTSVILLE – After going silent for so long, Bedford North Lawrence has found its voice. And it’s deafening.

Billy Cline and Joseph Brazzell had two goals each as the Stars slammed Edgewood 9-0 for a mercy-rule finish during boys high school soccer action on Monday.

BNL (4-3-2) posted its third consecutive win, totaling 23 goals during that streak after failing to find the net in the three previous matches.

“The kids played well,” BNL coach Ryan Otis said. “These last few games have been good to work on the offense and gain some confidence.”

The Stars raced to a 5-0 lead at the half with goals from Karter West (off a Cline crossing pass), Adriano Sullivan (from a Gavin Green corner), Grant Beyers, Cline and Brazzell (off a free kick).

In the second half, BNL tallied four times to trigger the early ending at the 20-minute mark. The goals came from Brazzell (with a Carson Kelly assist), Green (from Eric Myers), Cline (his second long-range shot), and Kelly (with a West crossing pass).

BNL recorded an impressive 37-0 advantage in shots as the Mustangs fell to 0-8-0.

“it’s a rebuilding year for them,” Otis said. “Credit to their goalie. He had some great saves and kept us out of the net the first 20 minutes. We need to be prepared for a step up in competition as we get back to conference play.”

The Stars will visit Jeffersonville on Saturday.