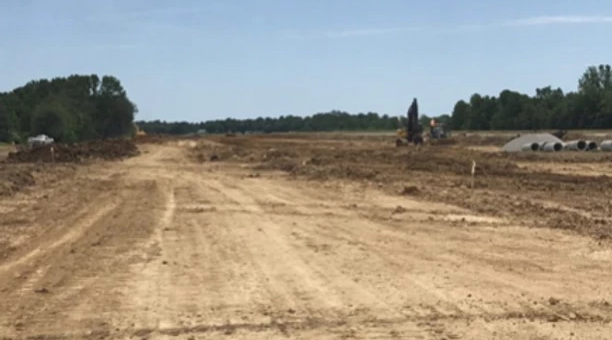 Lytton said that Phase I, which included the grading and drainage for the runway has already been completed. This includes moving dirt to create the taxiway, an entrance, and three exits.

Phase II of the project will include the paving of a taxiway, which will cost about $2.6 million with the FAA funding 90 percent of the project, INDOT funding five percent, and will require a local match of five percent.

Lytton says the Lawrence County Aviation fund does not have enough to be able to pay for the remaining five percent which will be $184,075. He also mentioned the Aviation Board applied for a grant for $2,647,000 to help pave the runway and parallel runway.

The importance of the project is to prevent runway incursions during the landing and takeoff of airplanes on the same runway. A runway incursion is any occurrence in the airport runway environment involving an aircraft, vehicle, person, or object, on the ground that creates a collision hazard or results in loss of required separation of an aircraft taking off, according to the FAA.

The commission advised Lytton that they will take his request under advisement, to determine the best course of action available.