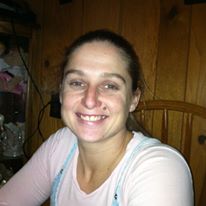 PAOLI – Orange County Prosecutor Holly Hudelson says a Paoli woman has been convicted of the murder of her ex-husband and will be sentenced Friday at 10 a.m. in Orange County Circuit Court.

43-year-old Sabrina Dunn shot and killed 51-year-old William Dunn in October 2020, at a residence on College Hill Street, in Paoli. Although the couple was divorced, the pair lived in two separate houses on the same property.

On October 21, 2020, Paoli Police and the Orange County Sheriff’s Department were called to a home in the 830 block of College Hill Street at 7:48 a.m. after a report of a shooting.

When police arrived they found William Dunn dead inside the home. Detectives with the Paoli Police Department and Indiana State Police began an investigation into the events that occurred and detained Sabrina Dunn for fatally shooting William.

A jury found Sabrina guilty on Tuesday, August 9th. She now faces a sentence of between 45 to 65 years in prison.