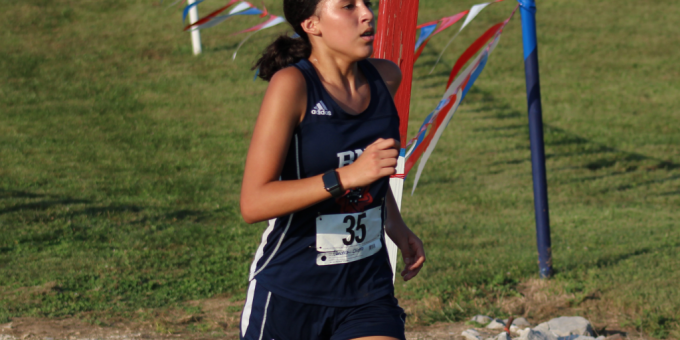 BEDFORD – The shoes to fill are huge. Well, not really, because Grace Tanksley has little feet, matching her short running stride. But following in her figurative footsteps will be a challenge as Bedford North Lawrence races into the 2022 campaign.

With their frontrunner and annual semistate qualifier gone, the Stars will blaze the 5-kilometer trail with fresh young faces. Of the seven runners on the roster, three are freshmen, and a returning sophomore is expected to lead this inexperienced pack. “That’s a lot to build on for the future,” BNL coach Jill Vance said.

The future is here. Ready or not. Can they go the distance? They’ll find out, in the long run.

”Ask me in about two weeks,” Vance said. “After we’ve had a few meets and we see what people are doing. It’s going to be tough without Grace. Last year we had the one frontrunner and a decent gap between the rest. This year it’s likely to have a lot less of a gap between the starters, so my hope is to run more as a pack and be able to compete that way, shift the pack up a bit.”

“Francesca is looking really good coming off of summer training,” Vance said. “I think she will have a good start to the season and get better as we go. We’re excited to see what she will do this year.”

BNL’s other veterans include senior Emma Baumgart and junior Ella Peek. The rest are newcomers, with freshmen Jabrie Sullivan (who made an immediate impression by attending every summer workout) expected to make the biggest impact.

“She’s looking really strong,” Vance said. “Then we have a lot of flux to see who will fill in and what order behind those two. I’m not super worried. This might be a rough year scoring wise, but there are a lot of young runners.”

BNL missed qualifying for the regional by one point in last year’s sectional. “I don’t think that’s out of reach,” Vance said of the postseason goal. The Stars will still host the IHSAA sectional, although the regional will be moved to Edgewood this season and alternate hosting the second stage of the state tournament series with BNL going forward.

The Stars will compete in the season opener at Edgewood’s Puckett Invitational on Saturday.