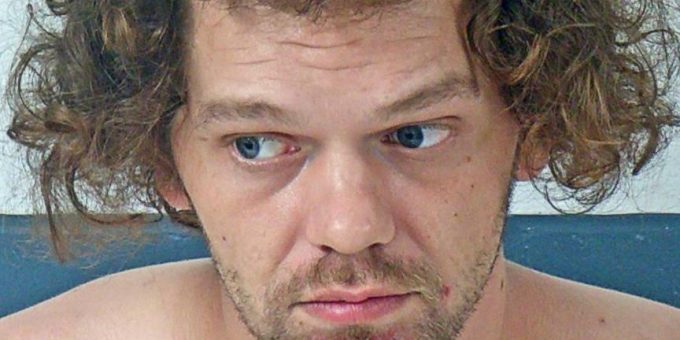 BEDFORD – A Bedford man was arrested Saturday night when Bedford Police officers were dispatched to 3011 Ted Jones Drive after a resident reported that 30-year-old Brandon Arthur had threatened them with a crossbow.

When police arrived they spoke to the female caller who said after threatening her Arthur went back inside his apartment.

Officers surrounded the apartment building and then made contact with Arthur, who came to the door holding the bow and an arrow.

Officer Tedrow removed the items from Arthur so they could speak to him.

Arthur admitted to pointing the weapon at the female while she was on the stairs and told her he was going to shoot her if she didn’t leave him and his family alone.

He told the officers while pointing the weapon he did not have the tension on the bow pulled back.

The female told police she has had an ongoing issue with Arthur for the last eight months.

She said she was walking up the stairs when she heard Arthur curse at her and then she cursed back. She told the officer Arthur then opened his door and pointed the crossbow at her.

Arthur was arrested on a charge of intimidation with a deadly weapon.