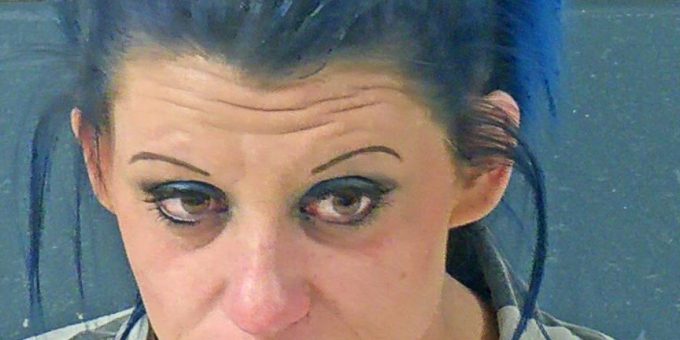 BEDFORD – A Seymour woman was arrested Friday on drug charges after Bedford Police Officers were called to the Dairyland gas station reporting a female driver was passed out in her vehicle at the gas pump.

When officers arrived they found 29-year-old Amanda Anderson slumped over in the driver’s seat.

An officer was able to awake Anderson by knocking on the widow.

Anderson told police she was on her way to work at Stone City Products and was to be at work at 6 a.m. however the officer noted in his report it was 6:20 a.m.

Anderson told police she stopped at the station to purchase gas, then she changed her story and said she had purchased it in Brownstown on her way to work. She then stated she was “just killing time” and parked at the gas pumps because “it was just easier to get out of the lot that way”.

Officers found a glass smoking device with burnt marijuana inside after Anderson consented to a vehicle search.

Anderson admitted to the officers she was addicted to meth. She was transported to the Lawrence County Jail on charges of possession of meth and marijuana and possession of drug paraphernalia.