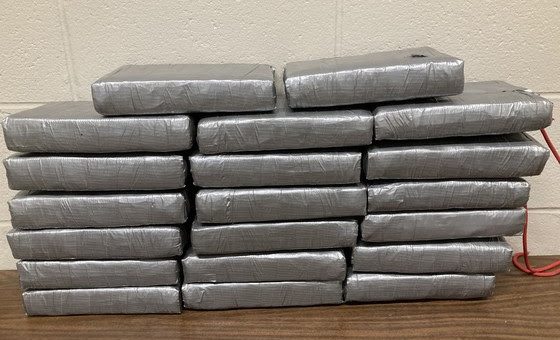 PUTNAM CO. – On Thursday, May 26th at approximately 4:00 p.m., an Indiana State Trooper stopped a tractor-trailer at the thirty-seven-mile marker eastbound on Interstate 70 for a routine compliance inspection.

The driver of the tractor-trailer was identified as Leonardo Hernandez, 38, of Miami, Florida, with one passenger in the vehicle. Rolando Bermudez Acevedo, 24, of Orlando, Florida.

During the conversation with the driver and passenger, criminal indicators were observed, and a consent search revealed approximately forty-four pounds of suspected cocaine.

Leonardo Hernandez and Rolando Bermudez Acevedo were taken into custody and transported to the Putnam County Jail.

The tractor-trailer was en route from Phoenix, Arizona, to Indianapolis, Indiana.

The estimated street value of cocaine is one million dollars.