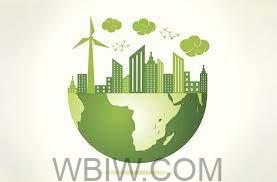 BLOOMINGTON – Young adults see the environment as a key term for understanding the future, according to a paper co-authored by Nathaniel Geiger, an assistant professor in the IU Media School.

In 2019, Geiger and colleagues at the IU O’Neill School of Public and Environmental Affairs used in-person paper surveys to ask nearly 200 IU students ages 18 to 26 to imagine and describe what they thought would be the best, most likely, and worst possible futures that the United States could face in either the year 2050 or 2100.

Researchers found that the students’ images of the future were heavily infused with concepts related to environmental sustainability, technology, and social dynamics. Many participants expressed the belief that governance, technological developments, and individuals were key factors that will determine the future realities.

The researchers also found that waste, not climate change, was the most prominent environmental issue in the minds of the students they surveyed and that government and technology were viewed as the most likely factors to shape the future. While the participants stated they were optimistic about the future, their actual depictions of the future were less optimistic.

Geiger and his colleagues believe the images of the future they collected can help them to engage productively with young adults in addressing today’s pressing challenges.