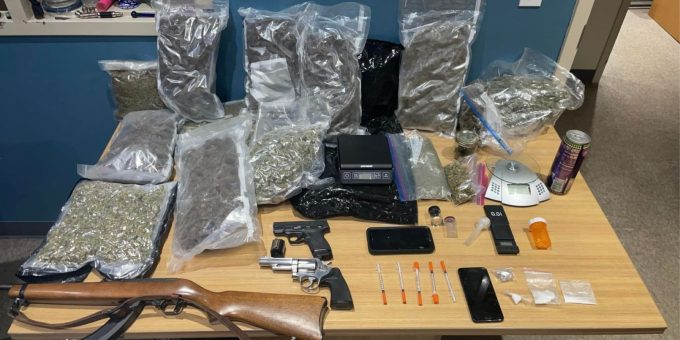 MITCHELL – On Friday at 9:30 p.m. Officers of the Mitchell Police Department served an arrest warrant at a residence in the 500 block of 8th Street.

One of the officers spotted a truck that belonged to 40-year-old Kyle Roberts, of Mitchell in the alleyway behind the residence. Roberts was was wanted on a felony warrant for burglary.

The warrant service resulted in a successful apprehension of Roberts.

Officers then obtained a warrant through the Lawrence County Prosecutor’s Office for the residence.

During the search of the residence, officers located more than 14 pounds of marijuana, 18 grams of methamphetamine, 5 hypodermic syringes, 1 rifle, 2 handguns, and drug paraphernalia including digital scales.