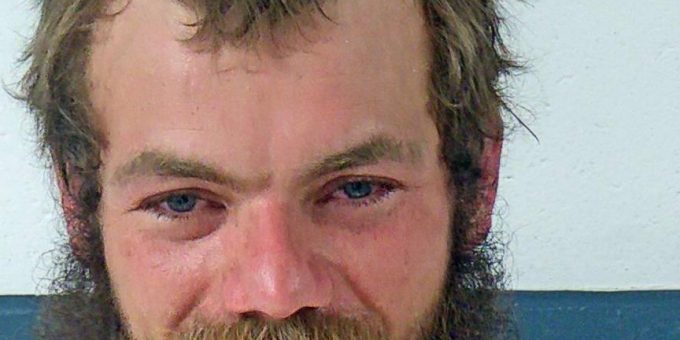 MITCHELL – A Mitchell man was arrested after Lawrence County Sheriff’s Department was called to the 2380 block of Stonington Road after a report of a possible suicidal male.

When officers arrived they were told 31-year-old Dustin Milligan was hiding in the woods.

Officers found Milligan hiding behind a shed near the woodline. At first, Milligan was confrontational but he eventually cooperated with officers.

The male victim told officers Milligan arrived at the victim’s home intoxicated and was angry and yelling at the male. Milligan overturned the pool table in the living room and began striking the male victim with a closed fist while the male victim was holding an infant in his arms.

Milligan then went outside and chased another male who was at the home and broke the taillights out of two vehicles parked in the driveway and also broke out two bedroom windows out of the home.

The male victim inside the home then placed the baby in a playpen and went outside to try and calm Milligan.

Milligan proceeded to throw the male onto the ground tearing the male’s shirt and began striking him again in the face with a closed fist. Milligan then took off running toward the woods.

An officer spoke to a male victim, who suffered contusions to his forehead, nose and ears. The male signed a battery affidavit and Milligan was arrested on domestic battery and criminal mischief.