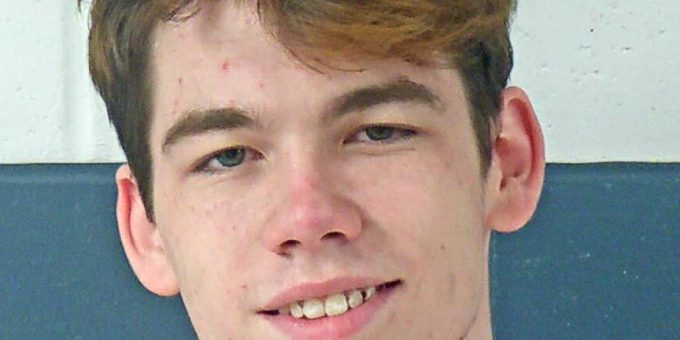 BEDFORD – A Linton man was arrested Tuesday when a warrant was issued for his arrest after an incident on January 30, 2022.

According to a probable cause affidavit, on January 30, 2022 at approximately 4:48 a.m. Bedford Police Dispatch received a 911 call reporting a fight at an apartment at 314 Shawnee Lane. Officers arrived and made contact with a male victim.

The male had dried blood on his lips, nose and the right side of his face and had suffered a cut on his forehead near his hairline. He also had blood on his jacket and left finger tips.

An IU LifeLine ambulance was called to the scene.

The male told police he went to his brother’s residence to retrieve his belongings. When he arrived he began arguing with a female who was also at the apartment. The female left, however the victim and the female continued to talk on the phone. That is when Sebastian Harp entered the room and began arguing with the male victim. The two were arguing about the woman who had just left the apartment.

The male told Harp to calm down multiple times but he refused and then struck him several times in the head and face. The male victim told police he balled up on the couch to protect himself as Harp continued to strike him.

After Harp finished striking the male victim, he gathered his belongings and left the apartment.

The male victim said during the altercation Harp had taken his phone and threw it, damaging the phone.

Harp was not present at the apartment when officers arrived.  Officers spoke to the victim’s brother and others in the apartment, but they told police they did not witness the fight because they were sleeping.

The information was forwarded to the Lawrence County Prosecutor’s Office and a warrant was issued for Harp’s arrest on charges of criminal mischief, and battery resulting in bodily injury.