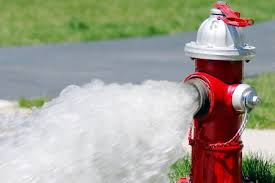 The following is a tentative schedule. The schedule is subject to change if each day’s work is not completed or in case of inclement weather.

Customers may notice fluctuations in pressure and/or discoloration of their tap water during hydrant flushing.  If water appears discolored, customers are advised to run their cold water until it clears.  It is recommended that customers postpone washing laundry and limit the use of hot water until the cold water clears.