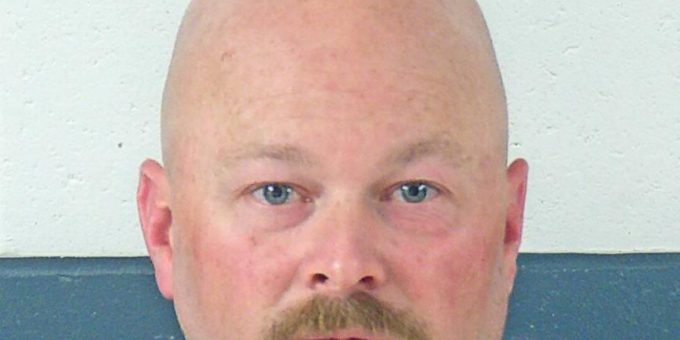 According to an Indiana State Police report, 45-year-old Lee turned himself in at the Lawrence County Jail at 6:40 p.m. Friday.

The Bedford Board of Works and Safety accepted the resignation of Bedford Police Captain Morgan Lee in August 2021 after an investigation revealed that several department rules and regulations were violated.

“I served Captain Lee notice of formal disciplinary charges which included each department procedure that was violated and recommendation to the department executive board for termination,” said Chief Moore during the investigation. “I also informed him in a written letter a hearing date was scheduled following state law and he had five days to respond in writing if he wished to have a hearing in front of the Board of Works and Safety.”

On July 29, 2021, Chief Moore received a resignation letter from Captain Lee, stating that he wanted to pursue other career and job opportunities. Captain Lee wanted his resignation to go into effect on August 6, 2021.

Charges were filed against Lee after an Indiana State Police investigation.  A Special Prosecutor reviewed the case and as a result Senior Prosecuting Attorney, Chris Gaal, filed criminal charges.

Bedford Police Department Officer Jeremy Crane was charged with two Level 6 felony charges of official misconduct in April 2021. He has since resigned. He is scheduled to appear in Lawrence County Superior Court 1 for a jury trial on April 20, 2022.