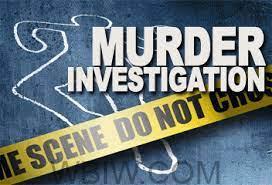 MARION CO. – Earlier this morning, at approximately 7:23 a.m., the Indiana State Police responded to a report of a person lying in the gravel on I-70 westbound, in the cross-over at the 93.1-mile marker, approximately one-half mile east of the German Church Road overpass.

Upon arrival Troopers located an African-American female in her early 20s.  The victim 21-year-old Dai-Ghia Hogan of Indianapolis, was pronounced dead at the scene by arriving medical personnel.

Indiana State Police Detectives are investigating her death as a homicide and an actual cause and manner of death will be determined by the Marion County Coroner’s Office.

At this time investigators do not have a description of any suspect or suspect vehicle. Anyone traveling in that area during the early morning hours of today, who may have either witnessed this incident or vehicles turning into or out of the cross-over is asked to contact the Indiana State Police at 317-899-8577.

The investigation is ongoing and there is no further information to release at this time.