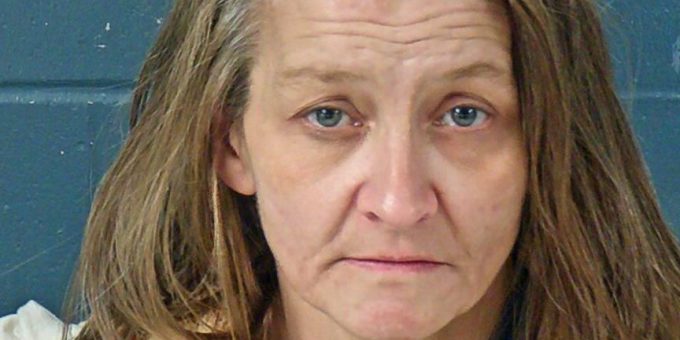 BEDFORD – A Bedford woman was arrested on Friday afternoon after Bedford Police officers were called to the 1820 block of 14th Street after a report a woman had walked into the caller’s home and was refusing to leave.

When officers arrived they spoke to the male caller who was watching his granddaughter.  In a video-recorded statement, the male stated he was in the kitchen with the child when Fonda Drehobl showed up and started knocking on the front door. At the time, he believed that it was his daughter knocking on the door, so without looking he unlocked and opened the door then walked back to the kitchen. Shortly after, he realized that he allowed Drehobl enter the home.

After realizing it was Drehobl the male allowed her to gather clothing. The male began asking the Drehobl to leave once she had been inside the home for 15 minutes. Drehobl refused to leave. The male advised officers that Drehobl had been at the residence for approximately 25 minutes total.

Drehobl was arrested on two counts of invasion of privacy.