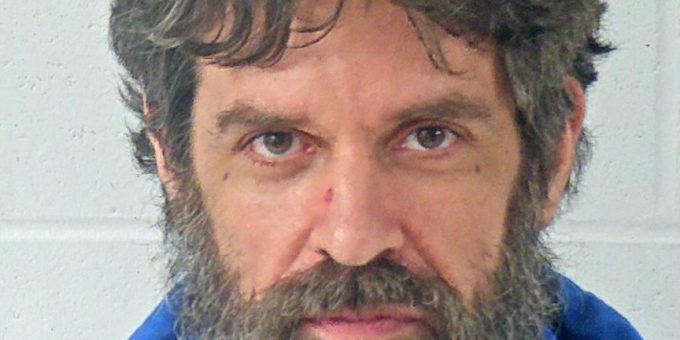 OOLITIC – A Bloomington man was arrested on a warrant Thursday after Lawrence County Sheriff’s Department received a call on December 2, 2021, of a “suspicious spoon” located at an apartment on 9th Street in Oolitic.

The caller reported she was working for a home health agency and visiting a client when she noticed a broken spoon with something on it near her truck.

She then pointed out to officers a male, who officers identified as 46-year-old Larry Gilreath. The woman told police Gilreath was “all over the place” and in and out of another vehicle.

While speaking to the woman, Gilreath approached the officer. The officer noted that Gilreath appeared “paranoid”.  The officer proceeded to approach the other vehicle and Gilreath.

The officer said Gilreath appeared to be under the influence but told the officer he had not taken anything he was “just nervous around cops”.

Gilreath reached into his coat pocket and pulled out a pill bottle. In the pill bottle were a baggie with two Suboxone pills, a viagra pill, a  gram of meth, and other pills.

“I am in trouble now ain’t I”, he told the officer.