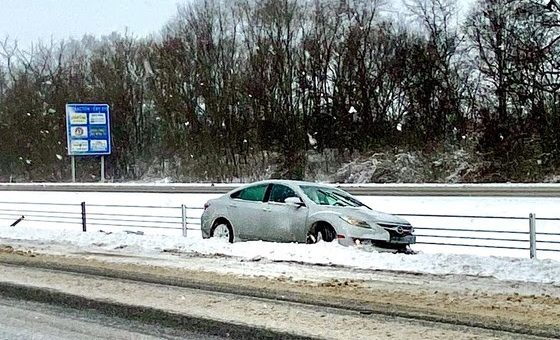 Trooper Whitten is believed to have located Franklin in a barn east of the interstate, after following footprints in the snow. Officers on the scene quickly set up a perimeter around the barn. As Trooper McQueary made announcements to deploy K-9 Jordy, Franklin surrendered and was safely taken into custody. Franklin was transported to Tippecanoe County jail on charges of resisting law enforcement with a vehicle, vehicle theft, leaving the scene of an accident and reckless driving.