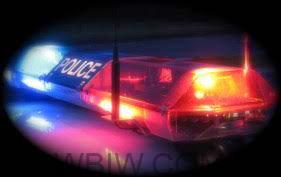 INDIANA — The Indiana Criminal Justice Institute announced the results of the enhanced enforcement effort that took place during the holidays to reduce crashes and traffic fatalities. The Safe Family Travel campaign ran from Thanksgiving to New Year and brought about increased high-visibility patrols and sobriety checkpoints throughout the state.

In total, police officers conducted 582 overtime patrols and worked an extra 2,441 hours. Preliminary reports indicate that officers made 7,283 traffic stops, which resulted in 3,277 citations, 3,709 warnings, and 297 arrests. Of those, 79 were for driving under the influence of drugs or alcohol.

“If these results are any indication, reckless driving continues to be a pervasive problem and one that we didn’t leave behind in 2021,” said Devon McDonald, ICJI Executive Director. “Nearly 30 more people were killed last month compared to January of 2019. The reckless driving has to stop. It’s costing us precious lives.”

On average, more than 10,000 people die in drunk driving crashes every year in the U.S., according to the National Highway Traffic Safety Administration (NHTSA). That’s approximately one person every 52 minutes. Tragically, the holidays are a particularly dangerous time, as drunk driving-related fatalities tend to increase.

That’s why Indiana mobilized hundreds of state and local law enforcement agencies for the Safe Family Travel campaign, which was funded by NHTSA with grants from the criminal justice institute. While officers were on high alert for signs of impairment, motorists were cited for other forms of reckless driving – speeding especially.

Nearly one-third (2,197) of the citations and warnings issued during the campaign were for excessive speeds.

“Speeding is dangerous energy,” said Robert Duckworth, ICJI Traffic Safety Director. “The greater the speed, the greater the likelihood of injury or death in a crash. It reduces your ability to react. The fix is to slow down.”

Although the enhanced enforcement campaign is over, officers are always on the lookout for reckless driving. To stay safe, state and local officials encourage motorists to never drive impaired, always wear a seat belt, follow posted speed limits, watch for pedestrians, and avoid distractions behind the wheel.

Before consuming alcohol, plan a sober ride home, such as a designated driver or using a ride service or public transportation. Motorists are encouraged to call 911 if they encounter an impaired or unsafe driver on the road.