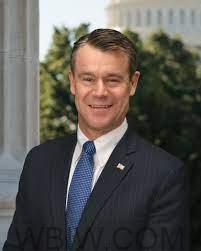 Young has raised nearly $11 million for the 2022 election cycle and has $6 million cash on hand for his upcoming re-election.

“I am thankful to have the support of so many Hoosiers, who are helping us build an operation that will help us stop President Joe Biden and the radical ideas coming from the Democratic Party that includes supporting illegal immigration, defunding the police, and higher energy prices,” said U.S. Senator Todd Young. “Together, with the support of Hoosiers, we can get our country back to where we were a few years ago, where inflation was low, and our economy was moving forward.”