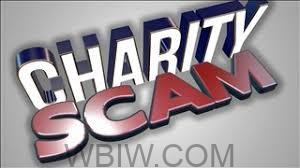 The letters are personally addressed and mailed to Allen County residents but have a return address in Titusville, Florida. The mailer comes with a donation slip and envelope to mail back funds to the Florida address, or the slip prompts consumers to fill out credit card information.

A lawsuit filed against AFPCC in Minnesota claims the charity used most of the donations collected to send out additional solicitation mailers and only 17% of the funds went to supporting families of fallen police officers. A consent judgment was filed in that case, barring the company from soliciting or receiving donations from Minnesota residents.

Use BBB’s tips to donate wisely:

Watch out for name similarities. When charities seek support for the same cause, their names are often similar. Before you give, be sure you have the exact name of the charity to avoid a case of mistaken identity.

Review the website carefully. A responsible charity will include the following facts on its website: its mission and programs, measurable goals, and concrete criteria that describe its achievements. You should also be able to find information on their finances. Keep in mind, the type of work a charity does will affect its costs.

Avoid on-the-spot donation decisions from unfamiliar organizations. Don’t succumb to pressure to make an immediate giving decision. Responsible organizations will welcome your gift tomorrow as much as they do today.

Be wary of emotional appeals. Instead of making an impulse decision based on emotion, do some research first to verify that your selected charity operates ethically.

Check with state charity officials. In many states, charities are required to register with the office of the attorney general before soliciting. Checking your state’s appropriate office is an easy way to detect if an organization is legitimate or not.

Research tax status. Don’t assume every organization claiming to do good is a tax-exempt charity. Also, make sure your contribution is tax-deductible.

If you spot a scam, whether you’ve lost money or not, report it to BBB’s Scam Tracker at BBB.org/ScamTracker and the FTC at ReportFraud.ftc.gov. Your story can help other consumers avoid similar scams.