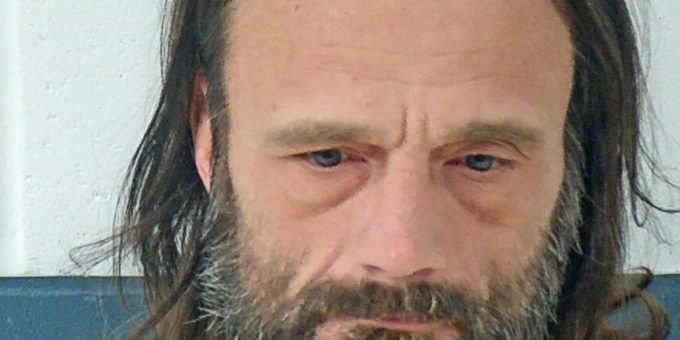 MITCHELL – A Mitchell man was arrested early this morning when Mitchell Police officers were called to the 110 block of Dale Street after a report of an unwanted person.

According to police a female went to a neighbor’s house and asked them to call 911 because her brother 46-year-old Charles Riggs was breaking things inside of her home.

When police arrived they found the woman outside of the home. She told police she had been gone for a few days and when she arrived home she found her home “destroyed”.

When the woman confronted her brother about the damage Riggs allegedly physically assaulted her.  The woman told police Riggs had grabbed her with both hands and pushed her. He then broke her cell phone preventing her from calling the police. She then ran to a neighbor’s house and asked them to call the police. When she returned to her home, Riggs had locked her out of the home.

Mitchell Police officers knocked on the door and requested Riggs to open the door. After no answer police forced their way into the home.

They found Riggs standing in the living room. He was taken into custody without incident on a charge of domestic battery. Riggs denied touching the woman.