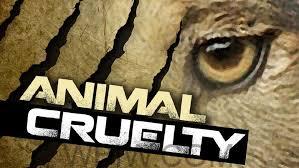 VALLONIA – Two Vallonia men have been arrested in connection with an animal cruelty case involving the death of more than 20 cats, according to Jackson County Sheriff Rick Meyer.

Gavin Goens and Garth Goens, both 28, of South Main Street, were arrested on January 13th. The two are facing charges of animal cruelty, possession of marijuana, and possession of drug paraphernalia.

“We take reports of animal cruelty very seriously,” said Sheriff Meyer. “The facts of this case are very disturbing. Nobody has the right to kill or harm a neighbor’s pets.”

The investigation began after police received a call on Jan. 9th by a neighbor of the men who said she had recorded an altercation between the Goens and another man. During the interaction, the two yelled at the woman, “Hey, your cats are dead!”

When an officer visited the Goens’ residence, the two men initially said the cats they had killed were feral. They said the cats came onto their property and were caught in a trap.

The police report noted there were numerous wire traps of varying sizes containing some sort of bait. During the conversation, the two men admitted that cats matching the description of the neighbors had been a nuisance and were caught in the traps.

The brothers are also alleged to have killed the animals by shooting them in the head with a 9mm handgun and then burying the deceased cats on their property.

The pair is alleged to have killed more than 20 cats.