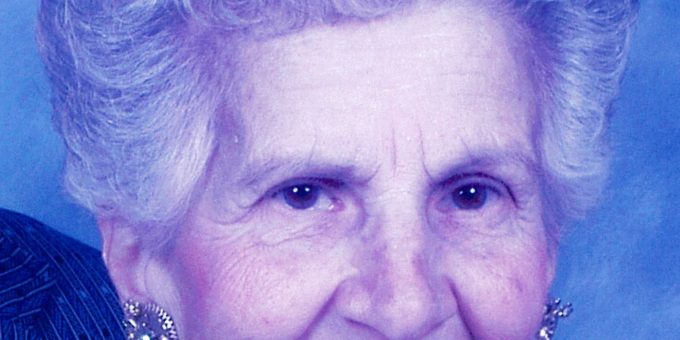 She was a resident of Stone Bridge Health Campus for eight years. She was born March 4, 1926, in Bedford, to John and Mary Rose (DeMarca) Ross. She married Burl George Woodward on April 21, 1943, and he preceded her in death on November 30, 2015.

Lena attended Oolitic High School and worked at RCA, Bloomington, for 32 years, retiring in 1986. She was a member of St. Vincent de Paul Catholic Church, the St. Vincent Altar Society, and a volunteer at the St. Vincent Thrift Shop.

In lieu of flowers, please consider a memorial contribution to the St. Vincent Altar Society.

To all that knew her, she was deeply loved and will be greatly missed.

Ferguson-Lee Chapel of Thorne-George Family Funeral Homes has been entrusted with the arrangements for Mrs. Woodward.