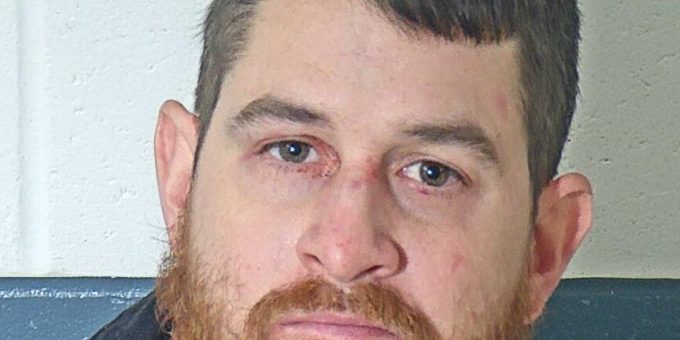 BEDFORD – A Bedford man was arrested after Lawrence County Sheriff’s Department deputies received a report of a domestic fight at a home in the 8190 block of State Road 158 Thursday at 5 p.m.

The caller told police a male had been punched in the nose by 34-year-old Jayme Buckman.

The male victim told police Buckman has been struggling with a drinking problem and that started the dispute.

The male victim told police he went into Buckman’s bedroom to get a bottle of Vodka from him and that is when Buckman grabbed him and took him to the ground.

During the struggle, the victim admitted he slapped Buckman a few times to try to get Buckman to let him go. Once he got loose he went downstairs. Buckman followed and started punching the male in the face. The victim took Buckman to the ground and held him there until Buckman calmed down.

The male victim suffered a bloody nose and an open bleeding wound on his nose.  Buckman suffered a cut to his elbow.

Buckman was arrested on a charge of domestic battery. He was transported to IU Health Hospital for a medical evaluation due to his level of intoxication.