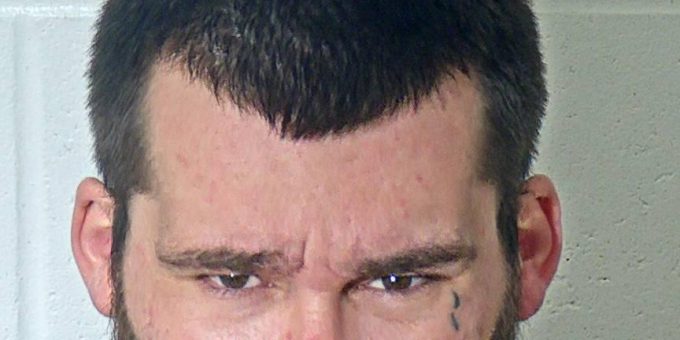 BEDFORD – A Bedford man was arrested Tuesday when Bedford Police Officers were called to a home in the 1800 block of 5th Street after a woman reported her boyfriend 35-year-old Leroy Frazier was attempting to take her vehicle without her permission.

The woman also told police Frazier was in possession of illegal drugs and was currently under the influence.

As officers arrived, Frazier was attempting to leave in the woman’s maroon 2012 Kia Sorento. Officers blocked the vehicle preventing Frazier from leaving.

Police asked Frazier to exit the vehicle. As he did, police say Frazier was making abnormal movements with his hands and jaw and kept patting his right pants pocket multiple times

Frazier was asked if he had anything illegal and he said it was in the center console of the vehicle.

In Frazier’s pocket, and in the vehicle police found multiple small plastic baggies containing crystal meth. Police seized more than 29.9 grams of meth and $787 in cash. In the house police also found a baggie of marijuana belonging to Frazier.

Frazier admitted to using meth and selling what he didn’t use.

Fraizer was arrested on charges of dealing meth, possession of meth, auto theft, conversion, and operating a vehicle while under the influence of a controlled substance.