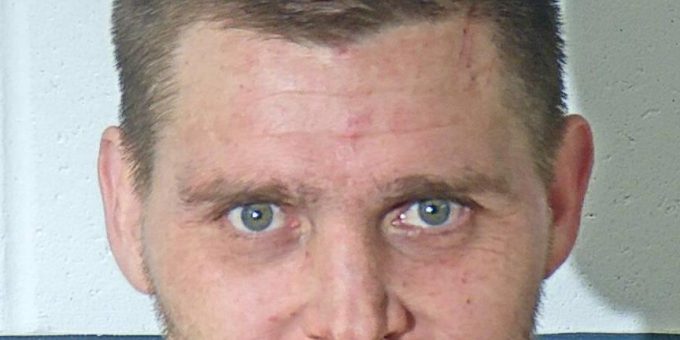 MITCHELL – A Mitchell man was arrested Wednesday after Lawrence County Sheriff’s Department and Mitchell Police officers responded to a report of a domestic fight at 2:42 p.m. in the 400 block of South Meridian Road.

When officers arrived they found a male standing outside of the home near the road. The male had an injury on his right eyebrow and was bleeding from that injury and his nose.

The male told police his brother 41-year-old Edward Haste, of Mitchell, and a 14-year-old male juvenile had attacked him during an argument. The victim said Haste had headbutted him and punched him in the face.

While police were speaking to the victim, Haste exited the house and began yelling and approached the victim in a hostile manner.

Haste told police he had been threatened with a knife and proceeded to pull the knife out and throw it on the ground.

Officers instructed Haste to calm down and to sit down. Haste ignored those instructions and continually interrupted the conversation the police were having with the victim.

The victim signed a battery affidavit and was treated at the scene by Mitchell Fire Department first responders and was then transported by a Seals ambulance crew to a local hospital for treatment.

Haste attempted to seek refuge in his home to escape detainment. During a struggle to detain Haste an officer fell. Officers were finally able to restrain Haste and he was transported to jail on charges of battery and resisting arrest.

The probable cause affidavit does not say if the teen will face criminal charges.