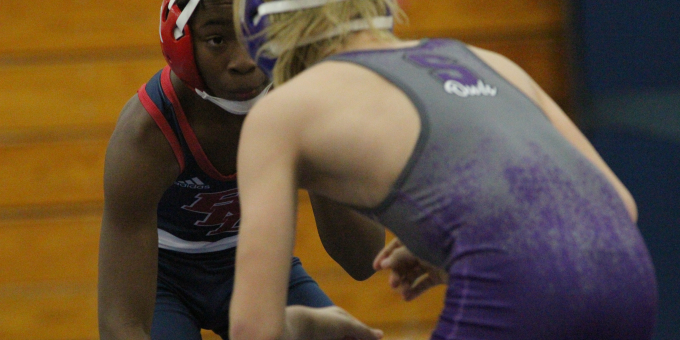 Childs won three matches at 106 pounds, while Arellano claimed three victories at 285. Jorj Filler was fifth with two wins at 120 as the highlights for the Stars.

After a forfeit win in the first round, Childs posted victories over Bloomington North’s Cas Crevello (14-8) and Jasper’s Caleb Patterson (a pin in 47 seconds) while going 3-1 overall. Arellano conquered Terre Haute North’s Mason Tabor (pin in 1:29), Castle’s Austin Cox (pin in 2:53) and Princeton’s Alex King (pin in 1:00) to go 3-1 on the day.

Filler had triumphs over Terre Haute North’s Kameron Winters (pin in 2:39) and Jasper’s Gabe Verkamp (pin in 37 seconds) while going 2-2.

“We have been saddled with illness and injury this week, but I took a good group of wrestlers to a tough tournament today,” BNL coach Chris Branam said. “I hope they all learned things today they’ll take into their next meet. I’m really proud of our three placers. It takes a lot of mental toughness to come back after a loss. Having all three guys finish their day with a win really makes my day.

“Filler is great at leading by example. I know he’d like to have finished higher, but his ability to keep his head down and keep plugging away no matter what gets thrown at him is what makes me excited for this underclassmen group.

“Patrell has a ton of potential. He’s had some ups and downs, but he shook off his loss to eventual champion Walter Hagedorn of Tell City to come back and put together a solid series of matches. Junior getting three pins on the day and finishing the day with a pin to get third over an upperclassman from Princeton was a great way to end the day. It’s been a tough week, but seeing those three boys on the podium made me proud and there’s plenty of podiums in these young men’s futures.”

BNL will return to action at Mitchell on Jan. 6.