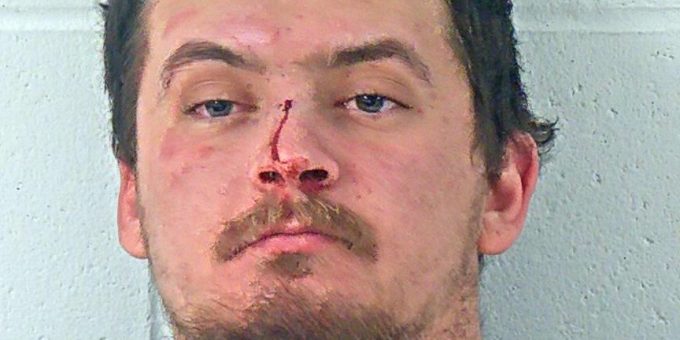 BEDFORD – A Greenwood man was arrested after Bedford Police officers were called to Bandana’s Bar on Thursday after a report of a male passed out and was combative when he awoke.

Police say Pickett was yelling and swinging his arms in an attempt to get away from the other males.

Pickett was detained and placed in handcuffs.

Those at the bar, told police Pickett was unconscious and one of the males performed a sternum rub to get Pickett to respond. When Pickett awoke he immediately became combative.

Witnesses say Pickett began throwing chairs and at one point punched an employee.

The bartender just wanted Pickett to leave and did not wish to file charges.

Police say Pickett was “heavily intoxicated” and unsteady on his feet. An IU Health ambulance arrived on the scene and spoke with Pickett, who refused medical treatment.

Police asked Pickett if someone could come to pick him up and he advised that he was new to the area and didn’t know anyone that could come and get him. He also was unable to provide the officer with an address where he was staying.

Police said Pickett “was having a difficult time maintaining consciousness and could not remember who they were” so he was transported to IU Health Hospital for treatment.

Once medically cleared Pickett was arrested on charges of battery against a public safety officer, battery by bodily waste, resisting law enforcement, and disorderly conduct.