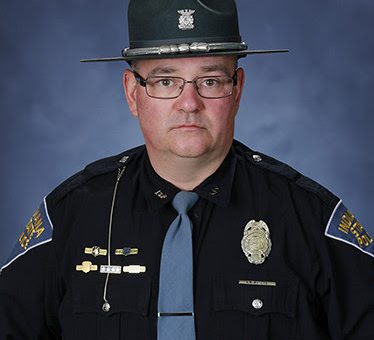 Waters is a native of Evansville and a 1984 graduate of Bosse High School. After graduating high school, Waters joined the U.S. Army and served 8 years on active duty and 16 years on reserve duty. During 2006, he served a one-year deployment in Iraq.

He primarily patrolled Posey County before becoming a K-9 handler in 2008. Waters and his new K-9 partner, Andy, patrolled the Evansville District until January 2017 when Andy suddenly became ill and later died during surgery. Waters continued to be instrumental in training K-9’s throughout the state and later achieved certification as a Master K-9 Instructor.

Sergeant Waters and his wife, Sherry, reside in Vanderburgh County and they have three adult children.