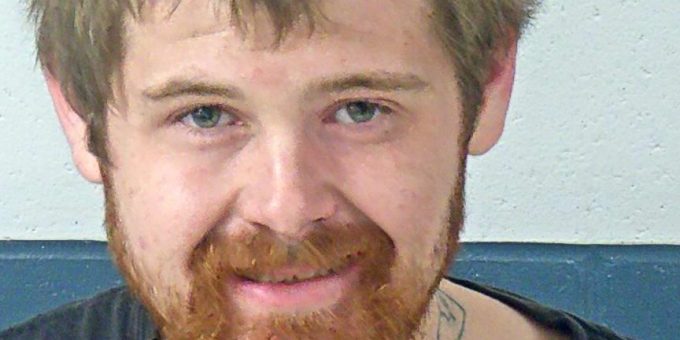 MITCHELL – In October 2021, Indiana State Police received information that 33-year-old Nathan Anderson was involved in dealing large quantities of methamphetamine in, and around, Lawrence County.

On October 21, Troopers learned that Anderson was in possession of methamphetamine and was traveling to sell it. Trp. Chance Humphrey located Anderson operating a passenger car and conducted a traffic stop near the intersection of State Road 37 and State Road 60 West. During the stop, Trp. Humphrey asked Anderson to exit his vehicle. As Anderson exited, a baggie containing more than 14 grams of meth fell out of his pant leg onto the ground.

A further investigation followed, eventually leading to ISP requesting an arrest warrant on Anderson. This arrest warrant was issued on December 2, 2021.

On December 7th, Trp. Humphrey and Sgt. Greg Day located Anderson at his residence on Woodville Road. Anderson was arrested without incident and incarcerated in the Lawrence County Jail on felony charges of dealing and possession of meth over 10 grams.